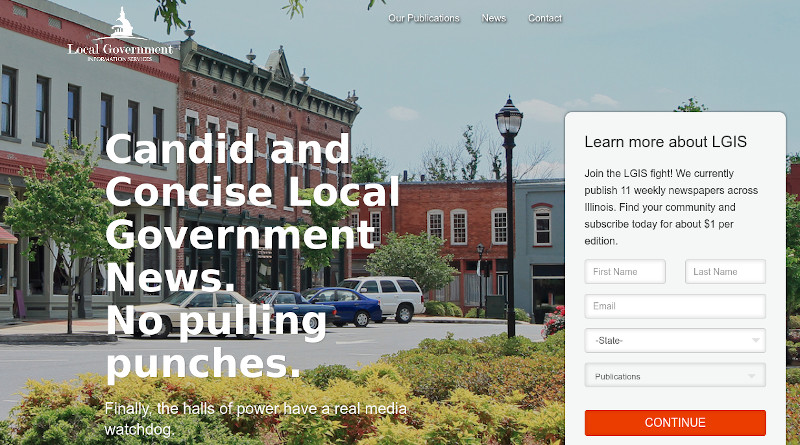 Columbia Journalism School's Tow Center has published the results of a longrunning investigation into a network of shadowy "local news" sites whose bulk content is composed of algorithmically generated stories about subjects like local rates of gas tax, or which bridges are most structurally sound.

Suspended in this slurry of robot-content are kernels of hard-line, far-right talking points about eliminating public education, or the illegitimacy of the impeachment proceedings in Congress.

The sites are not obviously linked with one another, but the Tow researchers were able to link them through a variety of techniques: IP addresses, shared analytics IDs, and other tells.

The owners or operators of these sites are linked with firms that were previously sanctioned by the FEC for violating the Federal Election Campaign Act of 1971. The parent organizations include LGIS, Franklin Archer, Metro Business Network, or Dan Proft’s PAC Liberty Principles. All told, there are at least 450 of these sites, with names like East Michigan News, Hickory Sun, and Grand Canyon Times.

Writing for Tow, Priyanjana Bengani suggests that these sites are filling an "information vacuum" created by local newspaper closures, and that they're exploiting "the low cost of automating news stories" -- using funeral home announcements and local agency press releases as fodder for algorithmic remixers.

The line between Locality Labs and Newsinator is blurry: Proft, in his own words, works with reporters at Locality Labs and “suggests stories and discusses what reporters should cover.” Newsinator, on the other hand, was responsible for mailing publications created by Proft’s organization to voters, in the form of weekly eight-page print editions. Additionally, a since-dismissed Federal Election Commission complaint says Proft created Local Government Information Services (LGIS) in 2016, which “took over production and distribution of newspapers.” State records confirm that Proft was the President of LGIS, but the complaint also says that as of January 2019, the corporation’s status was “dissolved” involuntarily. At the time of writing, LGIS has 33 Illinois-based sites, eleven of which have corresponding print publications.