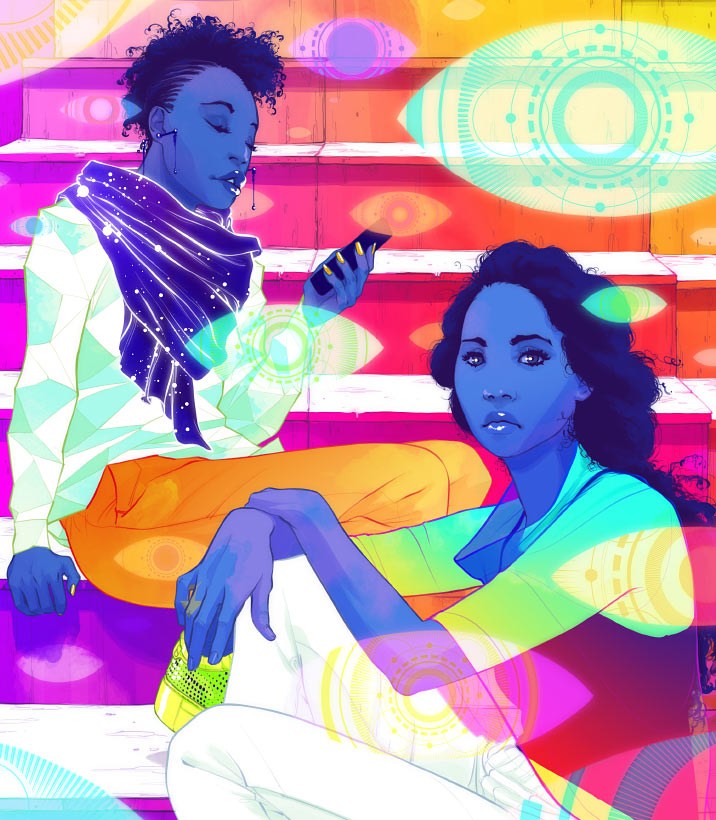 In my latest podcast (MP3), I conclude my serial reading of my novella Party Discipline, which I wrote while on a 35-city, 45-day tour for my novel Walkaway in 2017; Party Discipline is a story set in the world of Walkaway, about two high-school seniors who conspire to throw a "Communist Party" at a sheet metal factory whose owners are shutting down and stealing their workers' final paychecks. These parties are both literally parties -- music, dancing, intoxicants -- and "Communist" in that the partygoers take over the means of production and start them up, giving away the products they create to the attendees. Walkaway opens with a Communist Party and I wanted to dig into what might go into pulling one of those off.

We rode back to Burbank with Shirelle on my lap and one of my butt-cheeks squeezed between the edge of the passenger seat and the door. The truck squeaked on its suspension as we went over the potholes, riding low with a huge load of shopping carts under tarps in its bed. The carts were pretty amazing: strong as hell but light enough for me to lift one over my head, using crazy math to create a tensegrity structure that would hold up to serious abuse. They were rustproof, super-steerable and could be reconfigured into different compartment-sizes or shelves with grills that clipped to the sides. And light as they were, you put enough of them into a truck and they’d weigh a ton. A literal ton, and Jose—our driver’s—truck was only rated for a half-ton. It was a rough ride.

Our plan was to pull up on skid row and start handing out carts to anyone around, giving people two or three to share with their friends. Each truck had a different stretch we were going to hit, but as we got close to our spot, two things became very apparent: one, there were no homeless people around, because two, the place was crawling with five-oh. The Burbank cops had their dumb old tanks out, big armored MRAPs they used for riot control and whenever they wanted to put on a show of force, and there was a lot of crime-scene tape and blinking lights on hobby-horses.

A registered sex offender hosting a coronavirus party despite Maryland’s ban on gatherings during the outbreak refused to shut down his 60-person drunken bonfire, cops say. The party host did not win the argument with police officers.