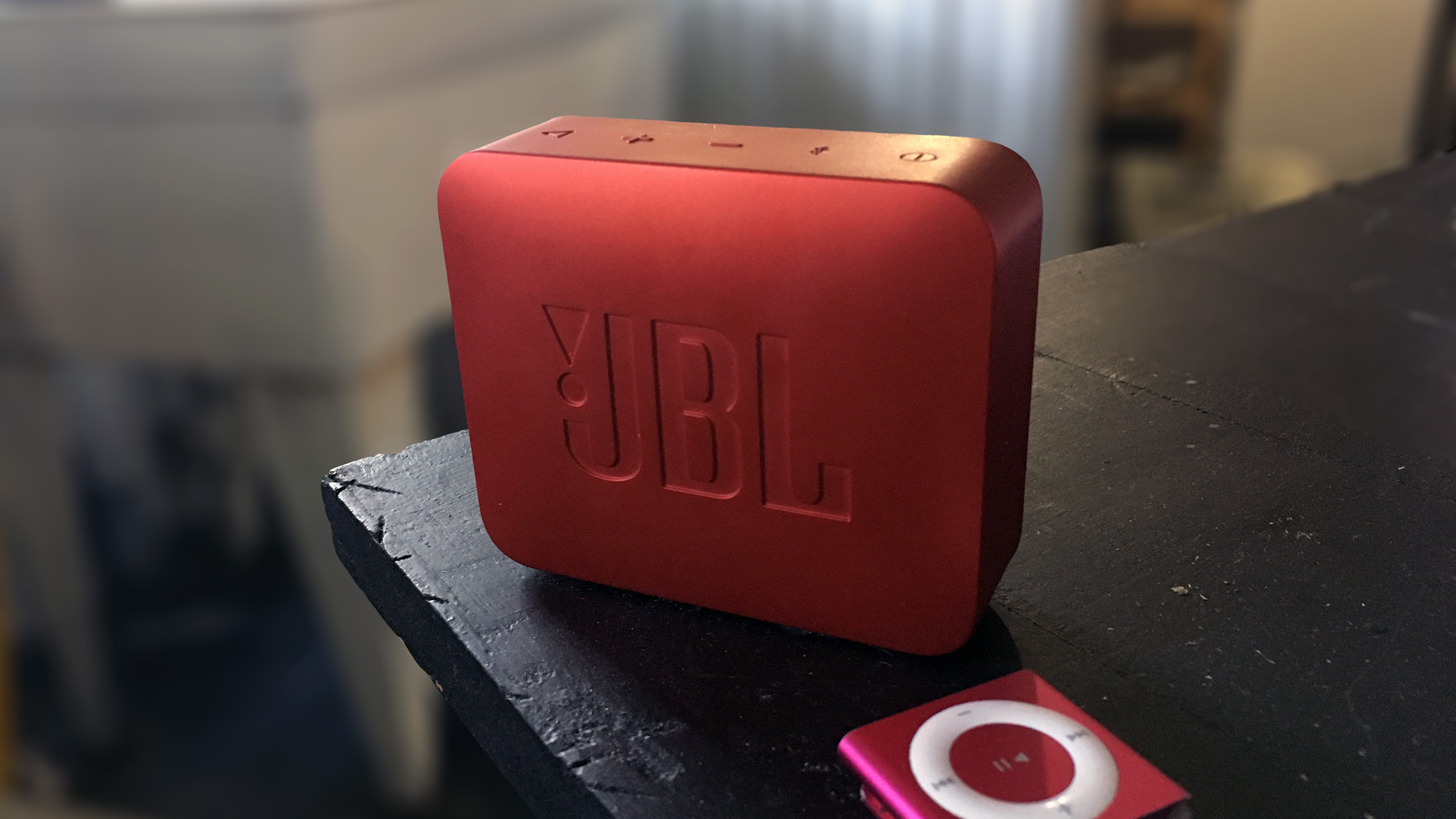 Though I keep buying the damned things, I've never liked any of the portable bluetooth (or airplay) speakers I've gotten: they're all too large, too daft, too boofy or too tinny, too fancy, too hinky. So when I was handed the JBL Go 2, my mind immediately turned to regifting it. I'm glad I didn't, though, because it's perfect. It's the right size, it's cheap, it works, it's waterproof, it can survive a drop, it doesn't look stupid, and it sounds good.

That something with such basic and useful function hits all these notes makes it a perfect last-minute stocking stuffer. It's straightforward enough for technophobes, but even hard-to-shop-for gadget lovers will dig it as a no-nonsense EDC sidearm. If you order it today, it'll arrive before Christmas, at least on Amazon Prime. They're at Best Buy too, but only in black.

The power switch, volume and pairing controls are embossed on the metallic rubbery finish, while the the non-waterproof AUX and USB ports are hidden under a flap. I got about 5 hours of playback on a charge. The box is about three inches square and an inch deep. It fits in my jean pockets but packed a good, bassy punch.

The only thing I don't like is the big white JBL logo painted all over it. Annoyingly, while it comes in white, the logo is then dark gray.