Enjoy a full ride through of the new Star Tours adventure 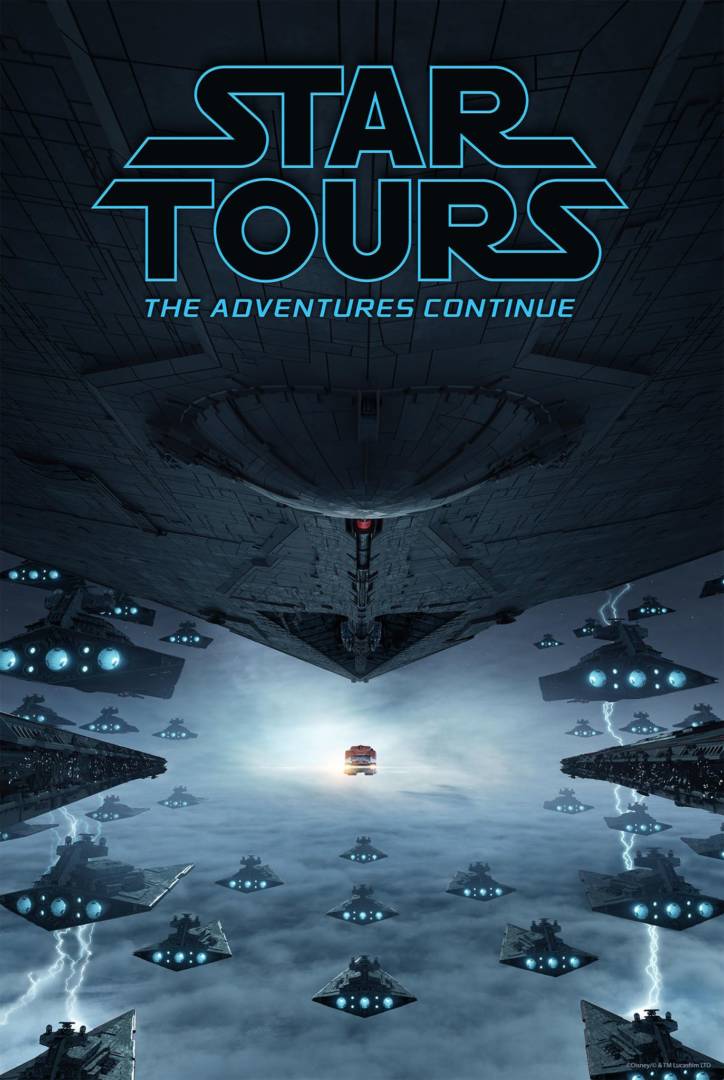 If you'd like only a glimpse of the new destinations, enjoy this promotional video:

And if you'd like the full experience, find someone to shake your chair, and enjoy:

The themes of Star Tours include things like “the bad guys just hijacked my vacation,” being a tourist in the galaxy, and how one person can make a difference in the grand scheme of things (even if they didn’t realize it). Comparatively, Millennium Falcon: Smuggler’s Run’s themes are much more shallow, including “I flew the Millennium Falcon,” smuggling to enrich yourself, and targeting guests for ridicule.