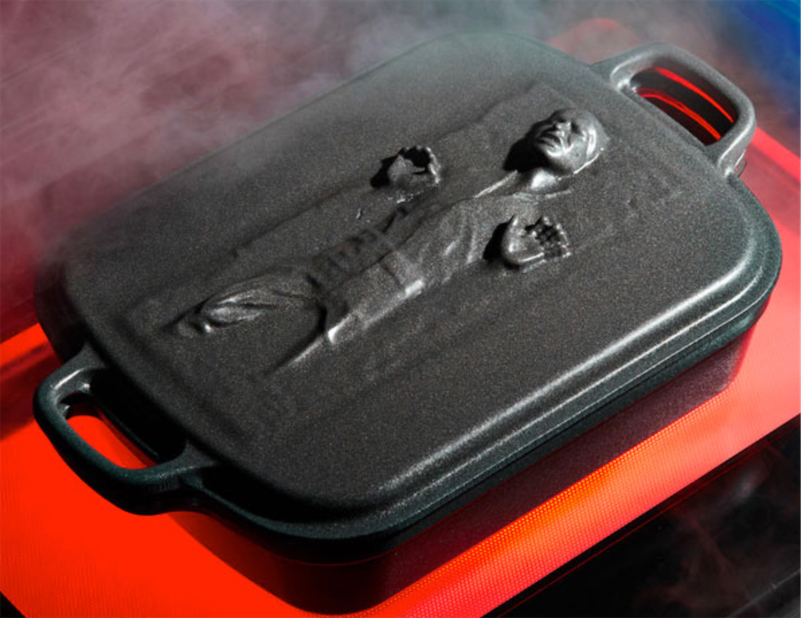 Le Creuset offers this Han Solo Carbonite Signature Roaster. It's enameled cast iron and sells for $450. The product description points out that "the lid’s interior has been embossed with the word “France” translated into Aurebesh, the most recognizable written language of the Star Wars galaxy."

Most importantly though, they claim it is dishwasher safe.