Bob Figures It Out 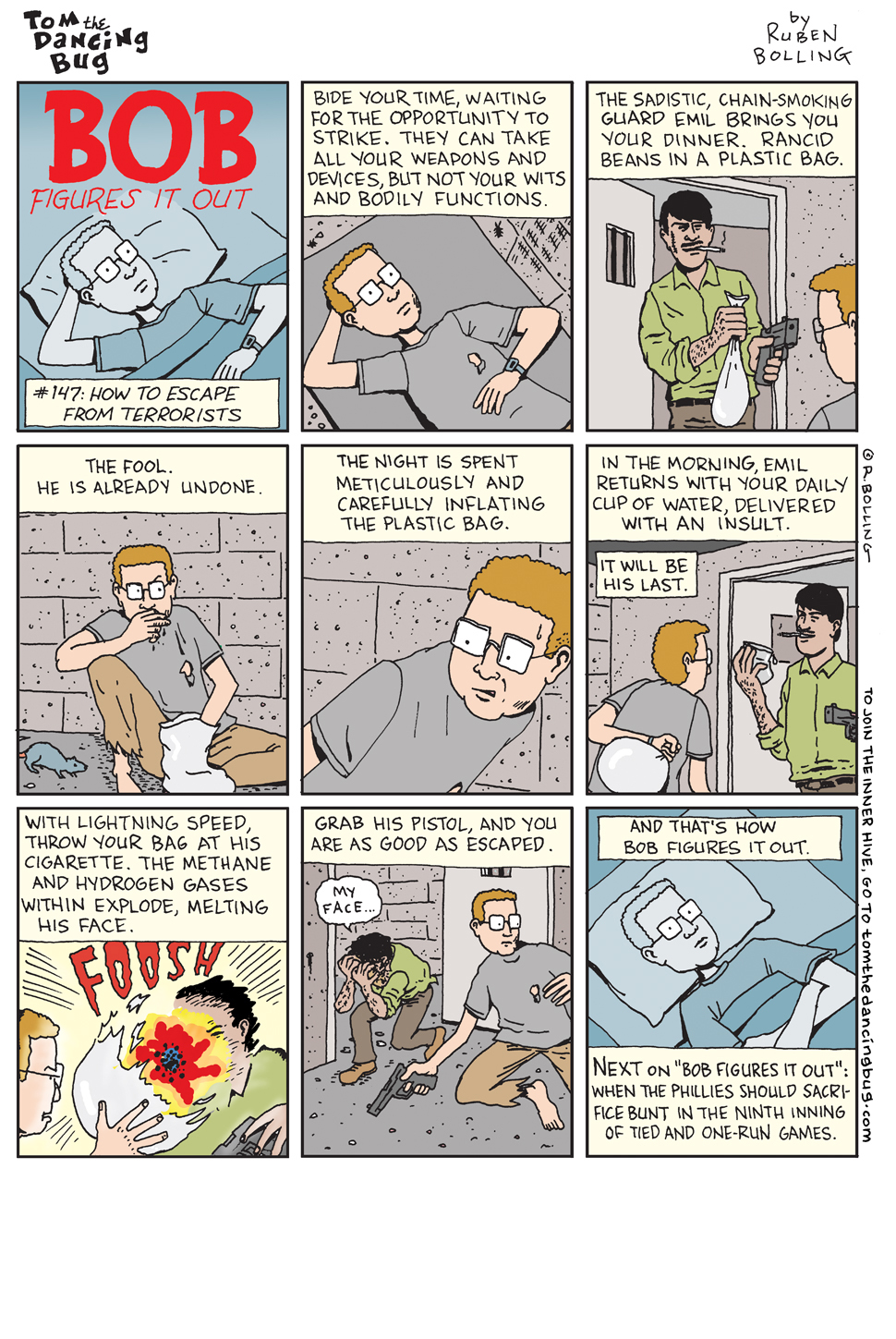 Tom the Dancing Bug, IN WHICH Bob figures out how to escape from terrorists