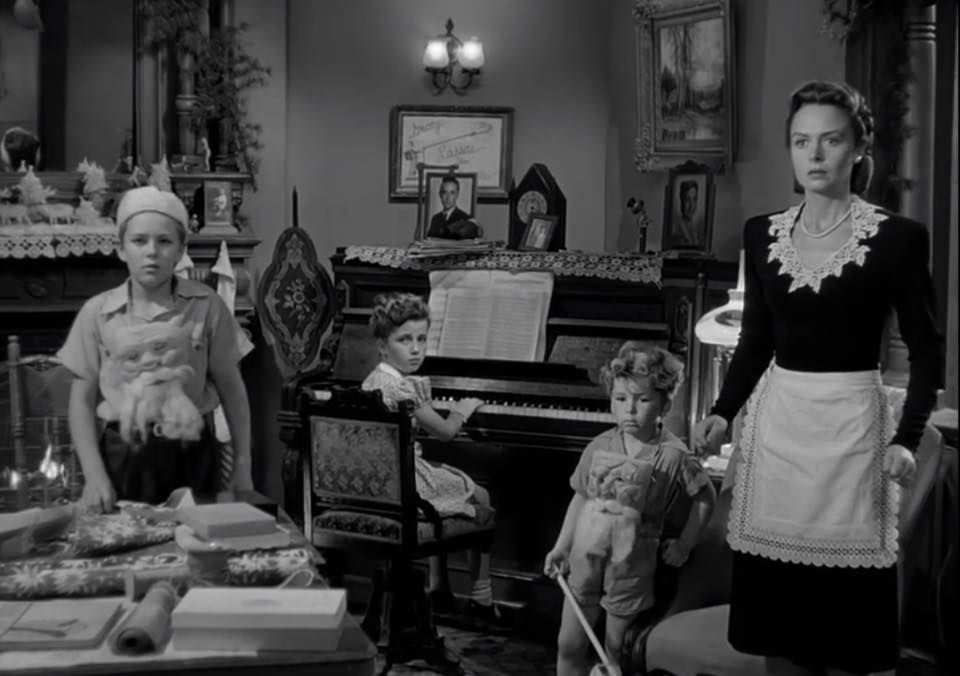 "...I also remember sitting on Jimmy Stewart's lap. I'm putting tinsel on his head. He's thinking of losing the money... he pulls me towards him and he's crying, and he's kissing me and hugging me. I had a Santa Claus mask around my neck, and every time he'd pull me into him that mask would hike up. That mask felt like sandpaper on the inside and it scraped my cheek. It kept happening over and over and I kept wondering, 'When is this man going to stop this?'"

In a 2016 Military.com interview, he reiterated the same info:

Every time he pulled me into him, the Santa Claus mask I was wearing, would hike up and inside the mask it was like sandpaper; it kept scratching my cheek. But I knew that I had to pretend it was the first time he was pulling me towards him. I knew that when we were taking it, that I had to pretend like it was the first time it ever happened, so you don’t flinch when it scratches your cheek. That’s all I remember.

Anyone out there have one of these creepy Santa masks, or ever seen one around? Would love to know!