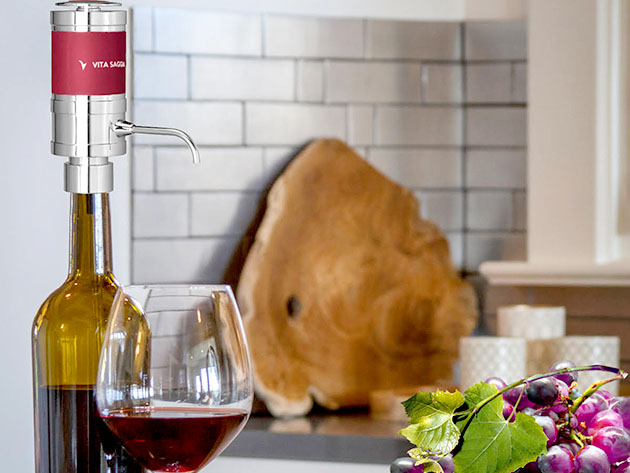 Wine is great, but wine poured with an aerator is even better.

It's true that a jolt of oxygen does wonders for the flavor of a wine just before it's poured. This Electric Wine Aerator & Dispenser makes sure that every pour gets its fair share of air, delivering oxygen over a wide surface area. Not only that, but the design makes sure every glass is free from sediment, which stays in the dispenser.

When you're not pouring, it stays airtight, which is crucial for maintaining the integrity of the taste. Push a button and it cleans easily, flushing itself out after each bottle.

The aerator comes with a travel bag, and they're both already 25% off the retail price. You can take an additional 15% off that by using the holiday discount code HAPPYHOLIDAYS.