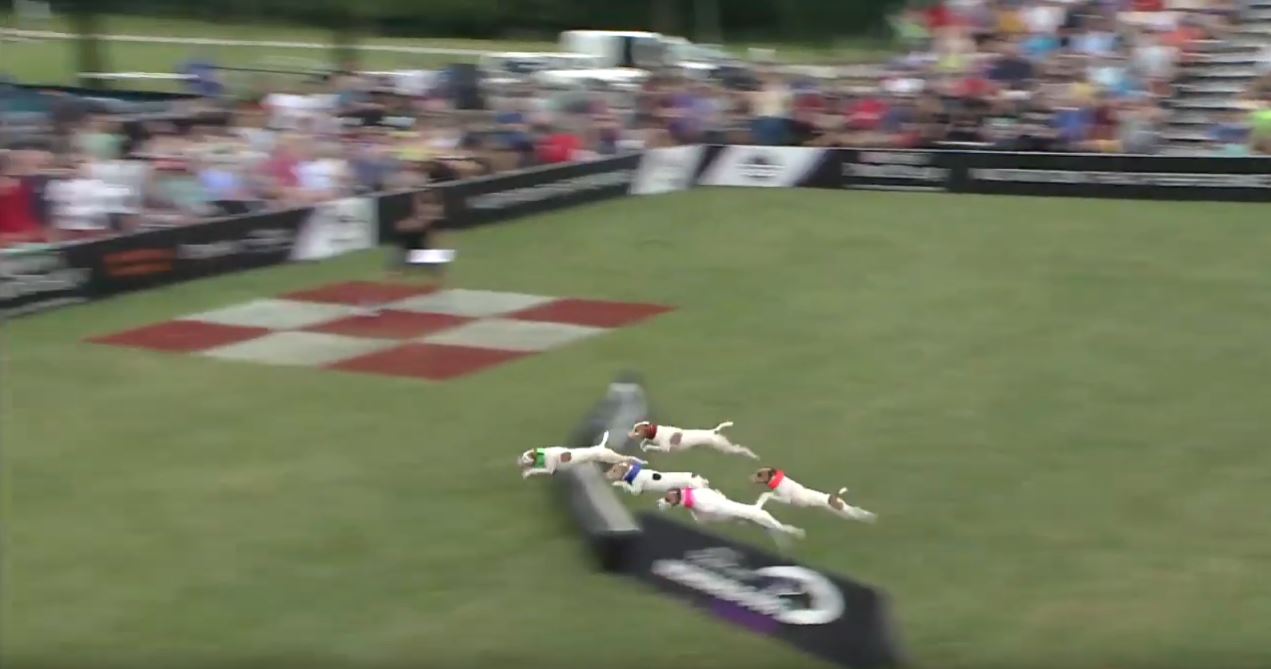 Jack Russell Hurdle Racing is a lightning fast race where the dogs leap over three obstacles while chasing lure, and then cram through the narrow finish arch. The television broadcast that was on over the weekend was as well-produced as a premier NFL game:

It's just one of several events at the Incredible Dog Challenge, including agility, diving, and fetch,