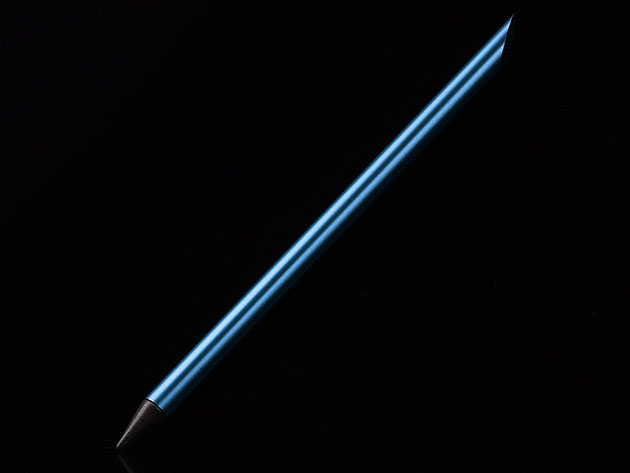 Cities have done a lot to eliminate straws and other forms of plastic waste in recent years. Now isn't it time we start talking about all those pens and pencils we throw away?

Actually, it looks like private enterprise might solve the problem for us if the Omega AXL Inkless Pen catches on.

As the name indicates, the pen is actually inkless. In fact, there's no reservoir for a writing liquid of any kind. The entire business end of the Omega AXL is made from a special metal alloy. As you drag the pen across paper, it leaves trace amounts of the metal behind, leaving a distinct grey line.

The amount of metal is so small, the manufacturers tout that the pen will effectively never need to be replaced. That's obviously good news for the environment moving forward.

As a bonus, the whole thing is sheathed in an anodized aluminum casing, making it physically cool as well as aesthetically.

Right now, the Omega AXL Inkless Pen is a full 25% off the retail price.