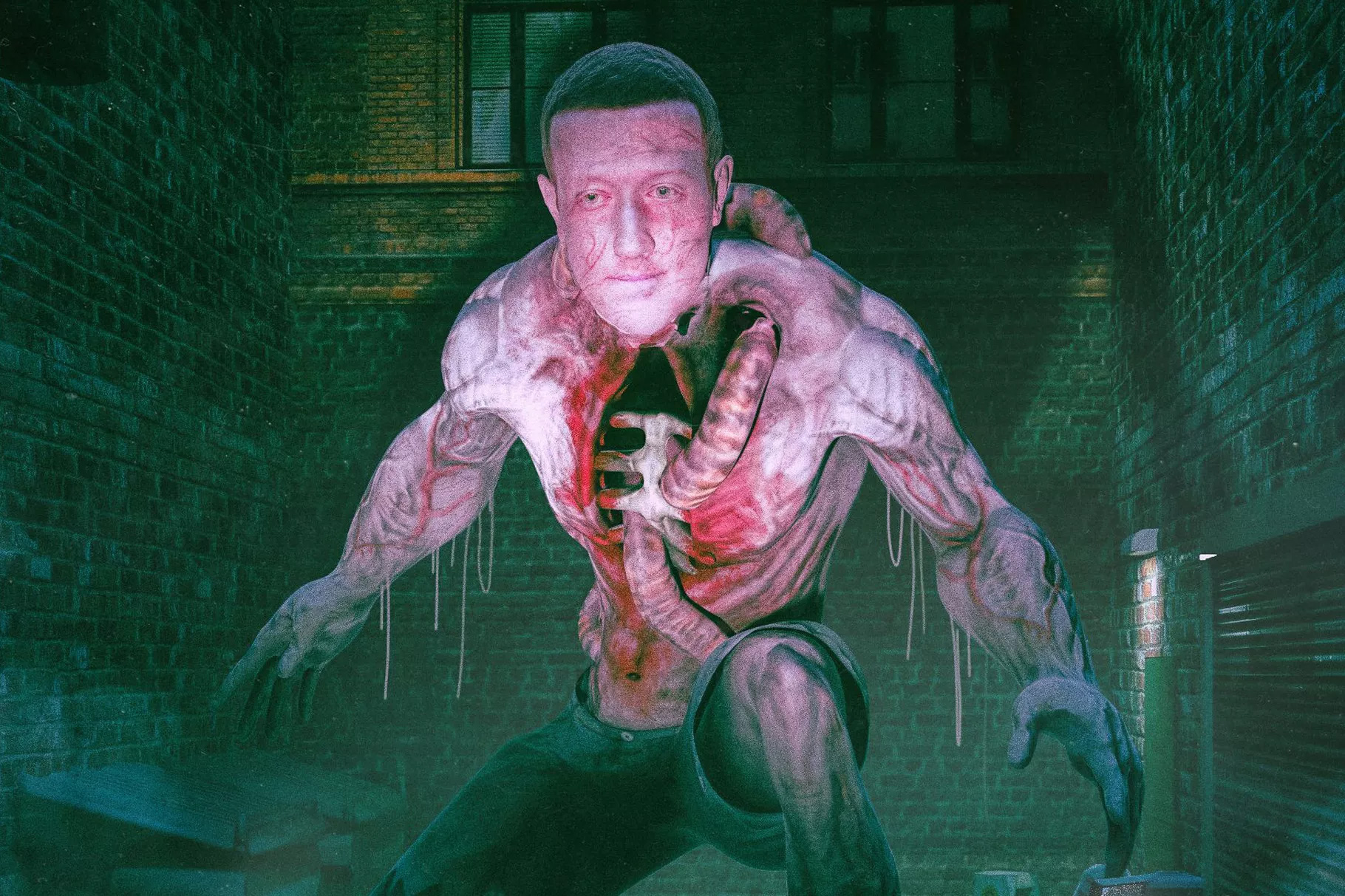 You've seen Mike "Beeple" Winkelmann's work before here—Nice animation of Zuckerberg as giant cyborg spider enjoying Facebook's nipple-free techno-utopia—and now Avery White interviewed him for Vox. He "works in a room with side-by-side 65-inch TVs constantly tuned to CNN and Fox News and on computers that are suspended above a bathtub because their 12 combined graphics cards generate too much heat."