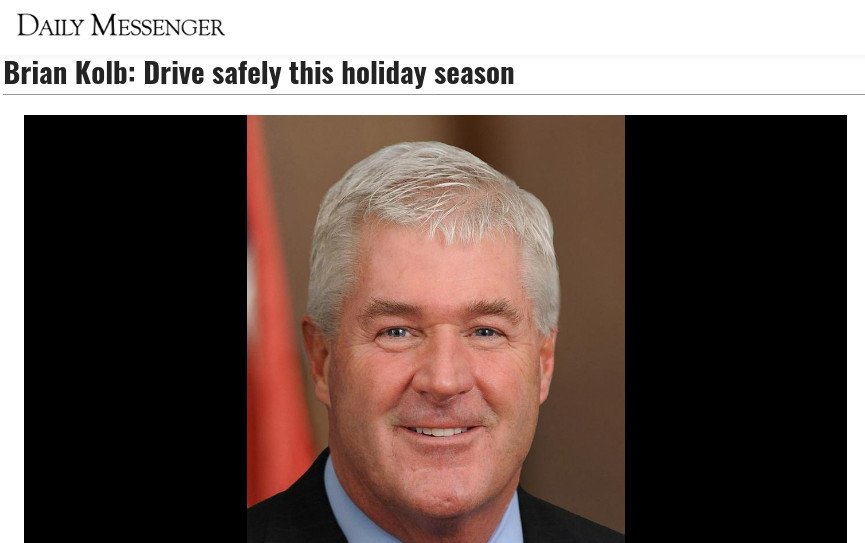 Drunk driving is a pet issue for Kolb, who tweeted "There is no excuse for driving impaired this holiday season" on Dec 26, having co-sponsored Leandra's Law, which makes it "an automatic felony on the first offense to drive drunk with a person age 15 or younger inside the vehicle."

Kolb later published a statement admitting to driving drunk: "Last night, I was charged with driving under the influence near my home. This was a terrible lapse in judgment, one I have urged others not to make, and I take full responsibility for it. I want to offer sincere apologies to my family, friends, colleagues, and the people of the 131st Assembly District. I fully recognize the severity of the situation and I am profoundly sorry. There is no excuse and no justification for what occurred Tuesday evening. I made the wrong decision, and it is one I deeply regret."

Kolb has since resigned as minority leader in the assembly.

After deputies came to the scene, Kolb failed a field sobriety test and was then taken into custody, Henderson said. While at the Ontario County Jail, Kolb was given a Breathalyzer test, which revealed his blood-alcohol content was over 0.08%, Henderson said. Kolb was taken to the Ontario County Jail to be processed. He is charged with making an unsafe turn in addition to the misdemeanor DWI. He will answer his charges at a later date in the Town of Victor Court.