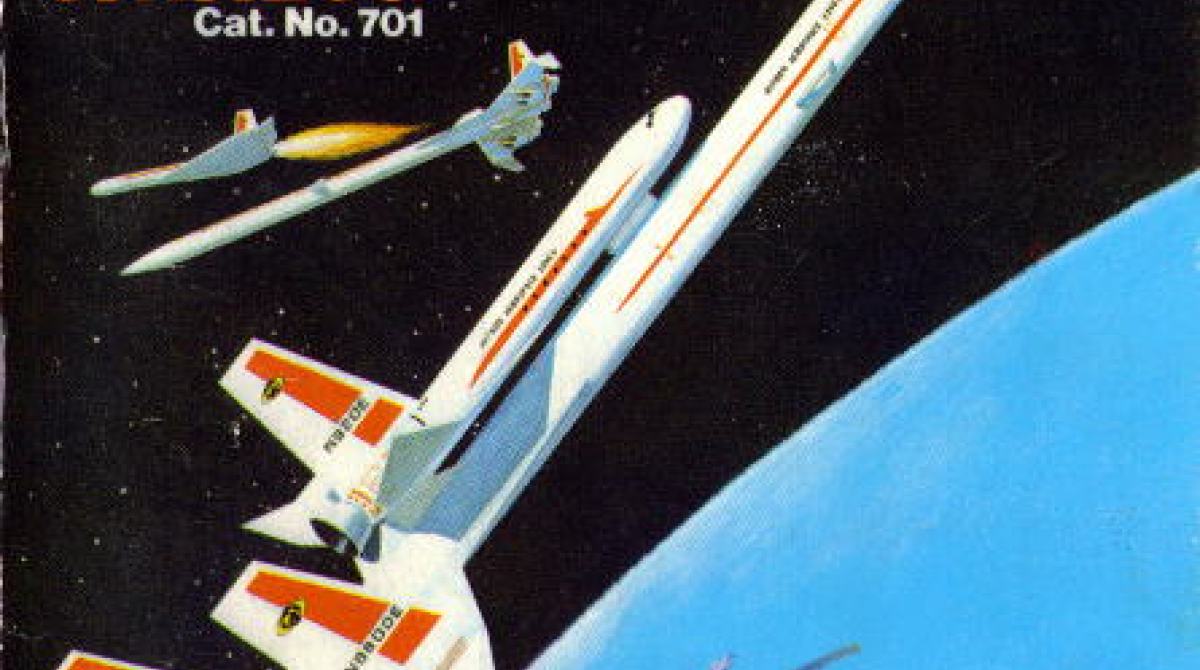 The first time we launched it -- the launch controller connected to the battery in my dad's El Camino -- I had glued the launch lug (the small paper tube that holds the rocket to the launch rod) on crooked, so much so that the friction would not allow the rocket to freely travel up the rod. My Astron Alpha rocket sat on the pad, burning the motor until the poorly-glued fins flew off dramatically and the chute comically ejected from the nosecone with a farty little poot. Not the most auspicious admission into the space race, but I was nonetheless hooked.

This weekend, Vern Estes, model rocket god and founder of Estes Industries, celebrated his 90th birthday. People are sharing their memories of Estes and Vern on the company's website.

Thanks for igniting the Earth-bound, star-blind imagination of this child of the 60s, Verne. Ad astra per aspera.

Here are a couple of articles that I published on Make: in 2011 on the iconic 1970 Estes catalog and on the passing of Mike Dorffler, Estes engineer and creator of the much-coveted Cineroc model rocket movie camera.