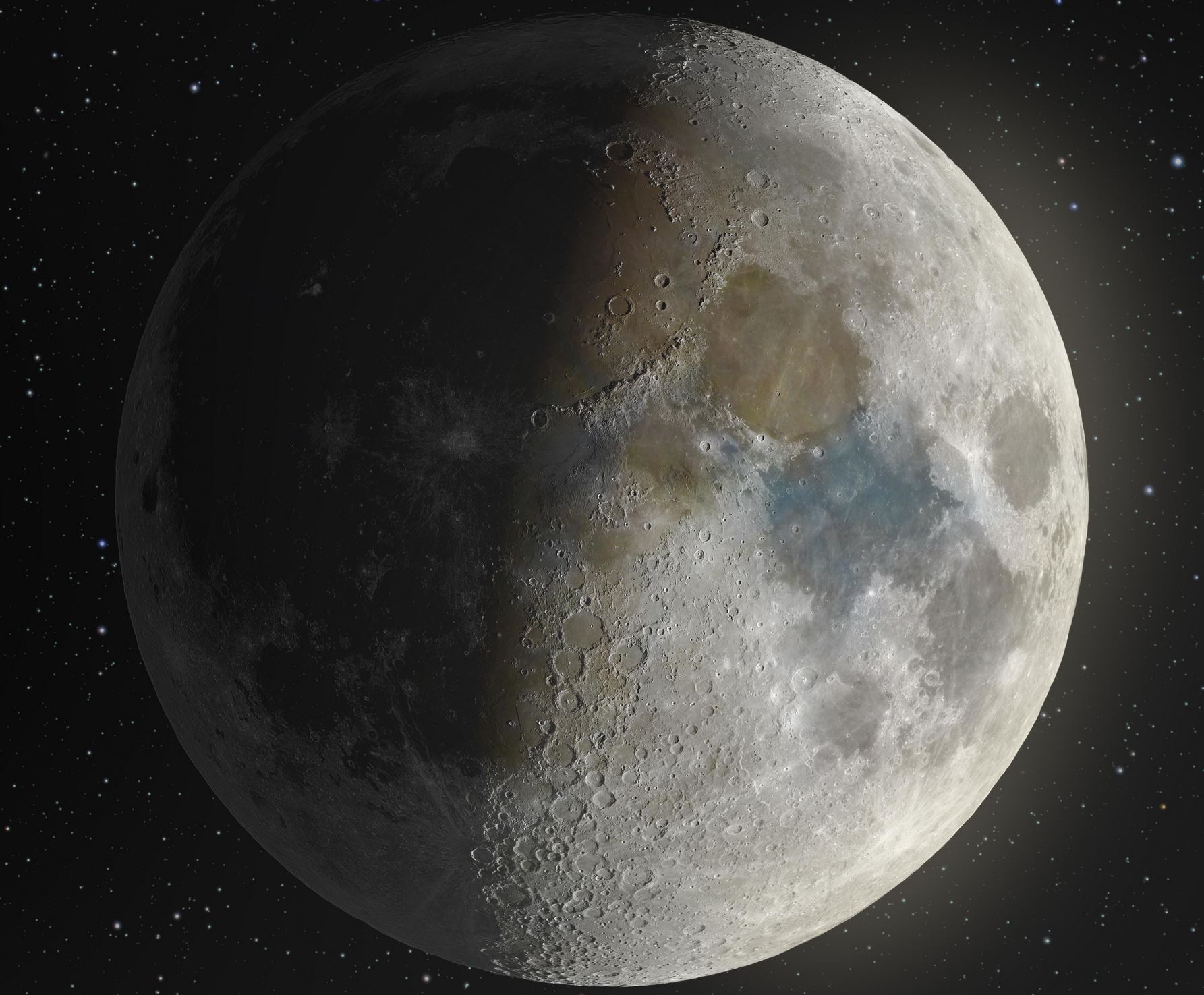 Andrew McCarthy, posting on Instagram as Cosmic Background, takes amazing astronomical photographs. Pictured above a breathtakingly detailed shot of the moon constructed from 100,000 individual photographs. You can buy prints of this and other works of his at his online store.

My first lunar image of 2020 is also one of my most detailed. This is a blend of around 100k photos, which allowed me to sharpen the image and overcome some of the fuzzing caused by our turbulent atmosphere. The colors you see are real, caused by variations in the composition of the regolith. This first quarter moon also is one of the best for showing crater detail, as the long shadows long the terminator really make the details pop.

Below is a rather menacing photo of the sun looming behing Mercury.

Behold, the transit of Mercury! This is little guy at around 9:45am Pacific this morning. I captured hundreds of thousands of frames of the event so I could build an animation, but didn't want to wait so long before sharing something. Mercury is about the size of our moon, so seeing it like this really puts the scale of the sun in perspective. #mercurytransit2019 #astrophotography #space #astronomy #opteam #optcorp #meadeinstruments #mercury

After I posted a picture of some star trails taken from my backyard I had a lot of positive feedback and requests for prints, but frankly I knew I could do better. Last night my cousin and I drove out to dark skies to try getting some better star trails shots. I absolutely loved how this one turned out, like a river through the trees. This one will be available as a signed print as well for 24 hours- check the link in my bio if interested. #astrophotography #startrails #lazyshutters #space