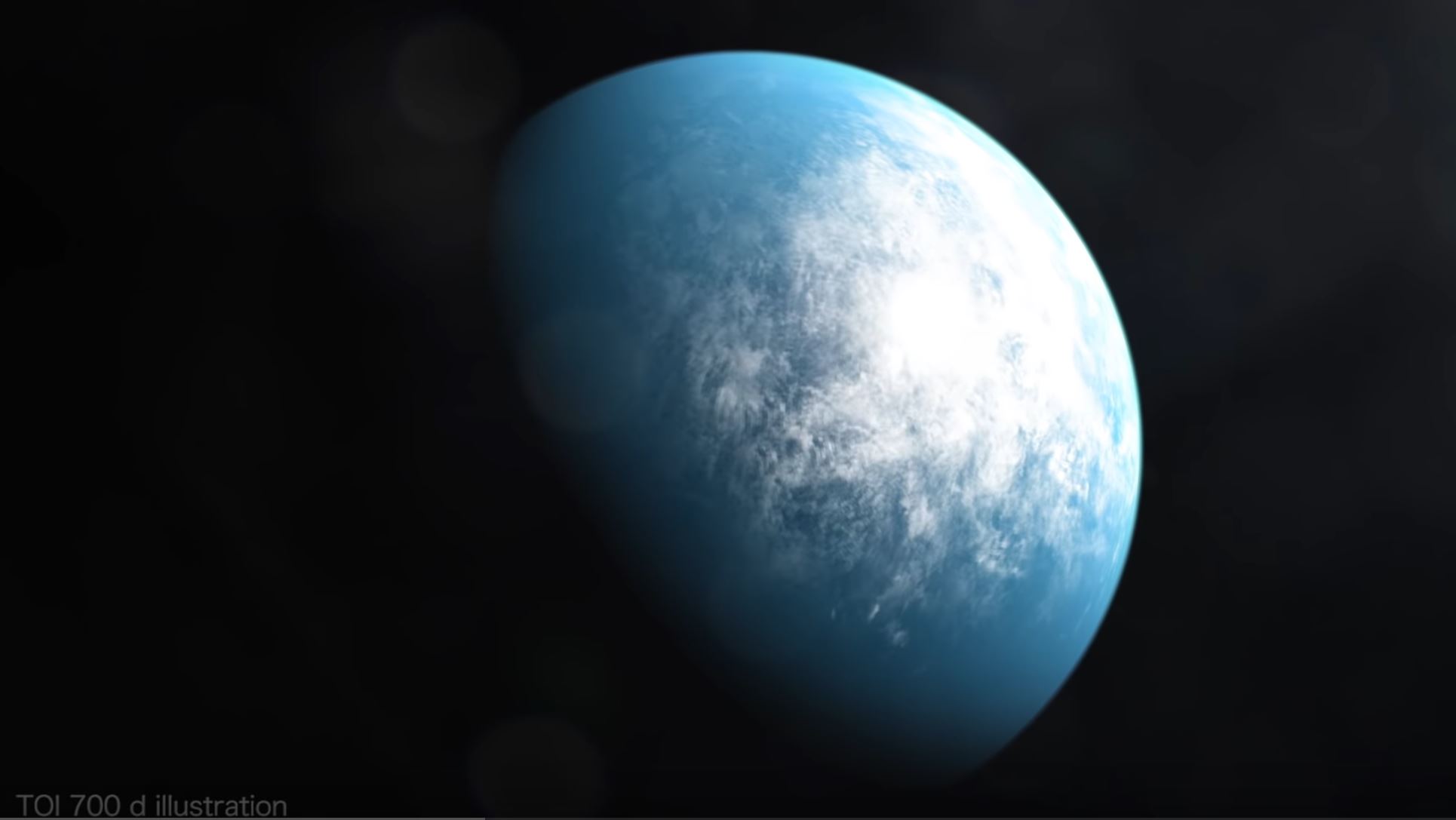 NASA's Transiting Exoplanet Survey Satellite (TESS) has discovered its first Earth-size planet in its star's habitable zone, the range of distances where conditions may be just right to allow the presence of liquid water on the surface. Scientists confirmed the find, called TOI 700 d, using NASA's Spitzer Space Telescope and have modeled the planet's potential environments to help inform future observations.

TOI 700 is a small, cool M dwarf star located just over 100 light-years away in the southern constellation Dorado. It's roughly 40% of the Sun's mass and size and about half its surface temperature. The star appears in 11 of the 13 sectors TESS observed during the mission's first year, and scientists caught multiple transits by its three planets.

The innermost planet, called TOI 700 b, is almost exactly Earth-size, is probably rocky and completes an orbit every 10 days.

A giant exoplanet orbits a tiny star, upending scientists’ understanding of planetary formation. The newly-discovered world and its pathetic little sun were announced in the latest issue of Science. “It’s exciting because we’ve wondered for long a time whether giant planets like Jupiter and Saturn can form around such small stars,” said Prof Peter Wheatley, […]

Today, SpaceX expects to launch a Falcon 9 rocket to deliver NASA’s Transiting Exoplanet Survey Satellite (TESS) into orbit. Scientists expect TESS to find thousands of exoplanets by detecting when they pass in front of their host stars, briefly blocking the light of those suns. “A few months after TESS launches, we will be able […]

Cold is easier to deal with than the raging heat of Venus. The Moon and Mars are bathed in dangerous radiation. This means Titan is humanity’s best existential insurance policy. Charles Wohlforth and Amanda Hendrix, authors of Beyond Earth: Our Path to a New Home in the Planets, explain: It’s cold on Titan, at -180°C […]