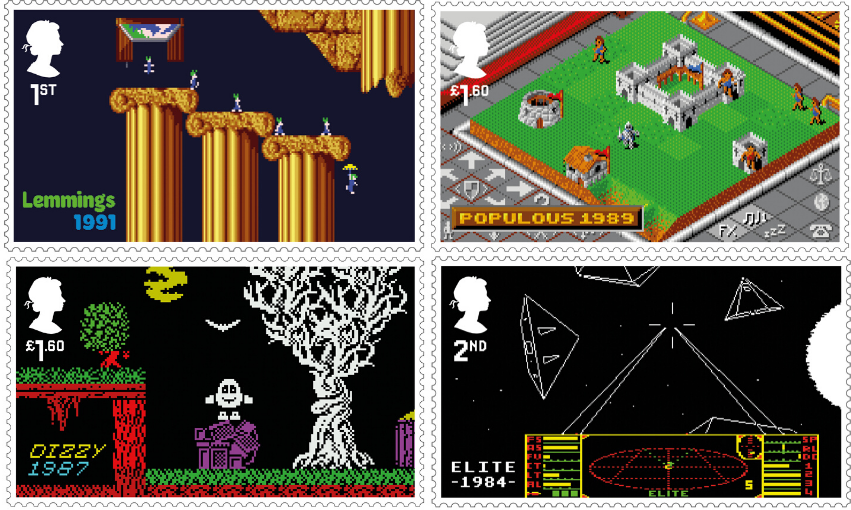 The U.K.'s Royal Mail is putting out a set of stamps featuring screenshots of classic British-made computer games, from 1984's Elite to the recent Tomb Raider remakes. A basic set is £9 at the Royal Mail's shop, with various collector sets on offer too.