The Motorola Smart Safe lets you monitor and open it remotely 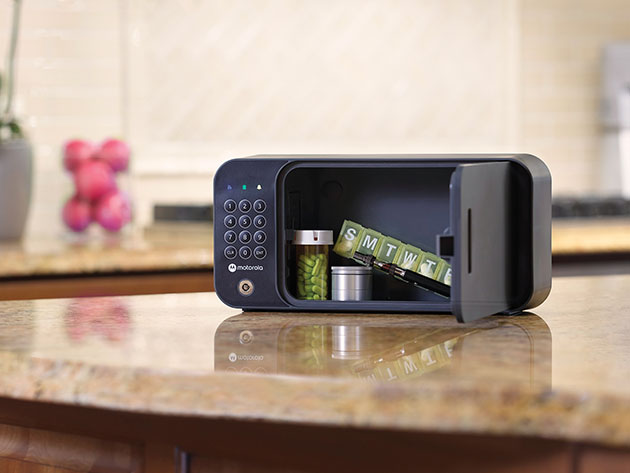 When it comes to safes, there's typically not a lot of features beyond extra security. Keypads, fingerprint or retina IDs are all in the service of keeping things under lock and key (even if there's no physical key).

Of course, that's the main concern. But what about those times you might need to open it for a guest or family member and you're not around?

The Motorola Smart Safe solves that problem elegantly, and it certainly doesn't sacrifice security to do it.

This rock-solid safe is perfect for holding passports, money, important documents, pills and more. It's equipped with a water-resistant keypad and an odor-controlled interior and comes with a mounting kit if you need to install it inside a wall or on one.

But what really sets it apart is the wireless connection to your smartphone. With the included app, you'll be able to tell if your safe has been opened or give yourself reminders about what to do with the contents. And most importantly, you'll be able to open it remotely in case of family emergencies while you're away.

The Motorola Smart Safe is now on sale for almost 10% off the original price.