Touring the inner workings of the Mellotron on King Crimson's anniversary 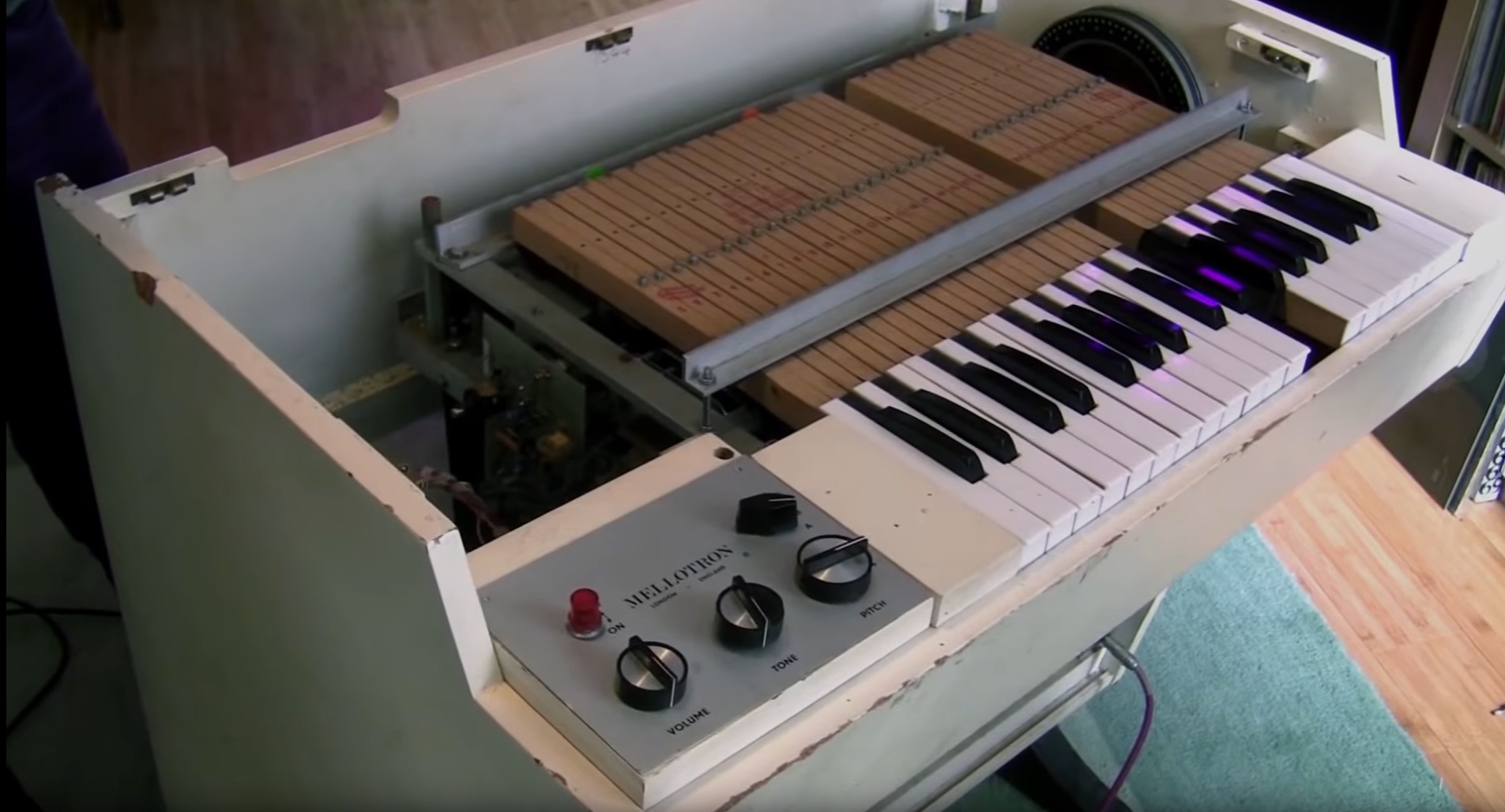 Fifty one years ago today, the first incarnation of the prog rock band, King Crimson, gathered in a cramped basement space below the Fulham Palace Cafe in London. One of the instruments the band would use that would come to distinguish their early sound was that strange, iconic 60s instrument, the Mellotron.

Keyboardist Ian McDonald was taken by the sound of this instrument as it was employed by the Moody Blues (and on The Beatles' Strawberry Fields) and thought it would work well with the type of lush and orchestral sound the band was looking to create. Later in the year, in the summer of 1969, the instrument would again appear on David Bowie's Space Oddity (played by future Yes man, Rick Wakeman).

Of all of the strange instruments that've worked the edges of popular music (the Theremin also comes to mind), the Mellotron is probably the oddest. Basically an upright organ cabinet filled with tape heads and recorded tape strips that you trigger through the keyboard, the Mellotron is like some crazy one-off contraption that caught on and actually got manufactured.

In this video, Allison Stout, of Bell Tone Synth Works, a synthesizer repair shop in Philadelphia, PA, takes us under the hood of a Mellotron MK1 and how it works. One can only imagine how finicky and prone to breakage touring versions of these things must have been.

And here's one of King Crimson's Mellotrons in action during a performance in 1974 at the ORTFTV Studios in Paris.