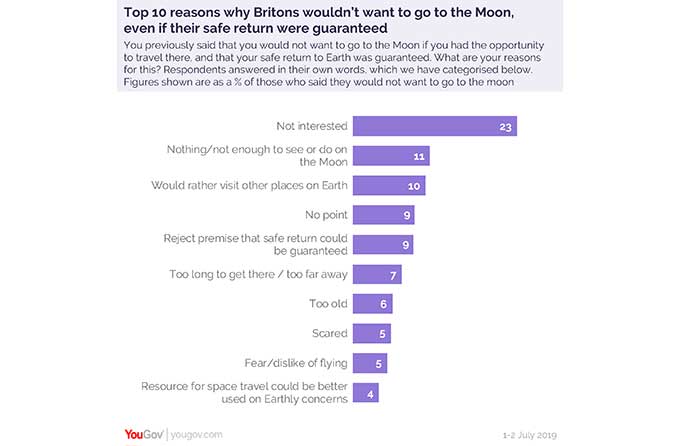 When Brits were asked by YouGov if they'd be willing to take a trip to the Moon (with safe return assured) half said no. Top reasons cited: not interested (23%), not enough to do or see (11%), would rather visit other places on Earth (10%), no point (9%), and (most British of all) reject premise that safe return could be guaranteed (9%).

Watch the SpaceX splashdown, NASA's first recovery at sea since 1975

Over the weekend, SpaceX successfully completed its first manned mission carrying NASA astronauts to the International Space Station. The thrilling coverage by the Los Angeles Times is a reminder of how amazing this feat is.

YouTuber Anton Petrov summarizes the latest research that suggests a fungus found thriving in Chernobyl could be used to block radiation in spacesuits, extraterrestrial structures, and more, based on successful small-scale tests at the International Space Station.