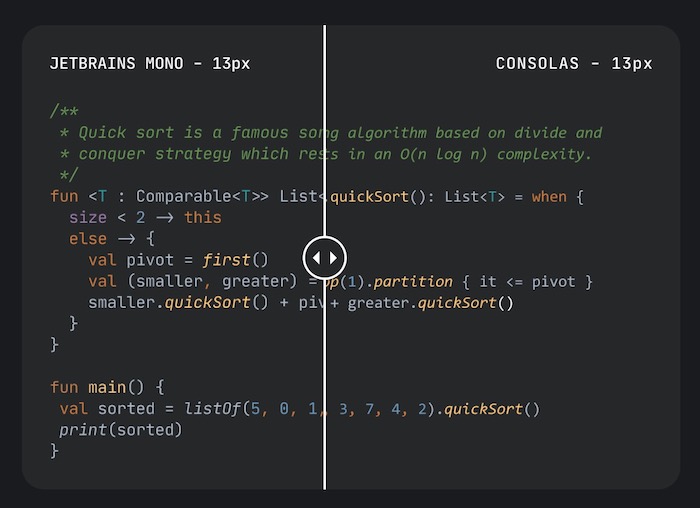 JetBrains Mono is a new font designed especially for coders and developers. The lowercase characters are taller than the ones in other monospace fonts, improving readability.

Consider this in contrast to some other fonts. Consolas, for example, has slightly wider letters. However, they are still rather small, which forces you to increase the size by one point to make the font more readable. As a result, lines of code tend to run longer than expected.