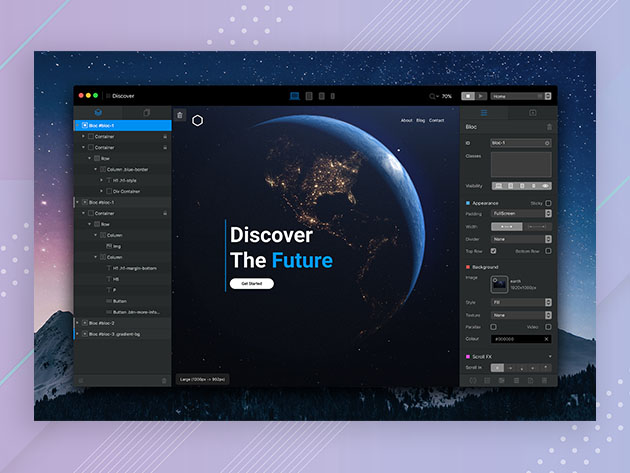 We've all got a perfect website in our minds. In the past, the problem has been the barrier of language - specifically, the computer languages used to create those glittering, animation-filled pages you flock to.

Now, Mac users have an alternative. Blocs 3 is a website builder that can provide an easy visual interface for anyone to design a site without sacrificing clean code underneath it all.

Anyone can pick up this software and have their first page in minutes. It boils down and translates the code you need into pre-determined sections that can be modified in any number of ways. Add your own text and images, adjust the background and effects, plug in your links and go. These sections can be "stacked" like the namesake blocks of the program, making it easy for you to understand and work with the hierarchy of your site.

The end result will have CMS integration, server-side PHP functionality and all the user interactions you need for a business or personal site.