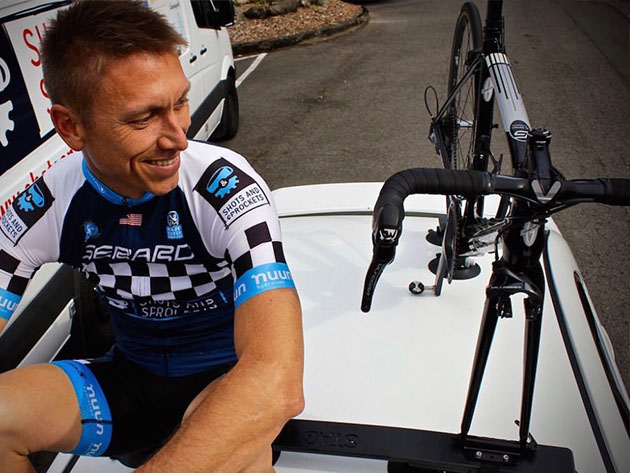 Anyone who loves biking, skiing, or snowboarding in the great outdoors knows just how difficult it can be to safely transport your gear—especially during extended trips. These three accessories make it easier than ever to securely attach your gear to your car. So if you're planning to embark on a outdoor adventure soon, you'd be wise to check out these options:

This streamlined rack allows you to attach and carry two bikes along with your ski gear (up to four snowboards or five pairs of skis), thanks to a premium vacuum roof system that offers unparalleled grip strength for all of your equipment.

If you tend to travel a bit lighter when you hit your favorite adventure spots, this simplified rack system has you covered—thanks to premium vacuum cup technology that allows you to securely carry either four snowboards or five pairs of skis.

Ideal for cycling enthusiasts, this premium roof rack can carry up to two bikes with either a 15mm thru axle or a 9mm skewer, and it’s easy to attach the rack to glass, metal, or fiberglass surfaces.