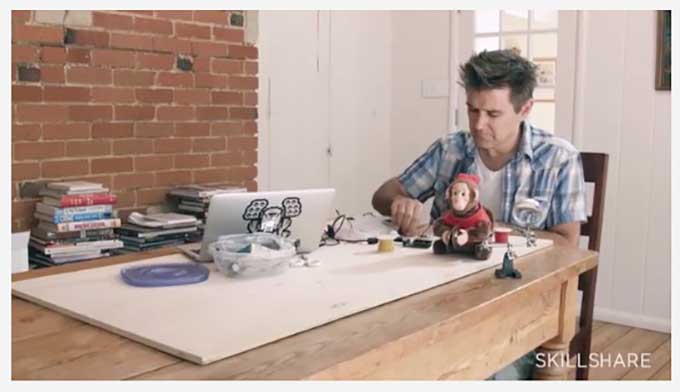 I've been a paying member of Skillshare for a few years. It's $10 a month and I'm able to watch unlimited instructional videos on a wide range of topics - programming, data science, Photoshop, photography, and tons of others.

The Adobe After Effects instructional classes were very helpful in teaching me how to make my first animated video (about blockchain technology). I'm not only a Skillshare student -- I also created two popular video courses on Skillshare. One is an introduction to the Arduino electronic prototyping platform and the other is a course on how to design and make things.

Skillshare asked me to share this link that will get you 3 months of full access to Skillshare for 99 cents. This is a great deal and a good way for you to sample everything they have to offer.