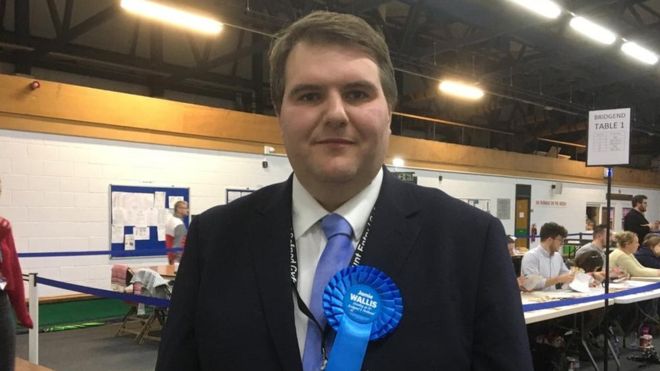 Jamie Wallis, a U.K. member of parliament for the Conservative Party, is having trouble explaining why he shared an office with a website that hooked up young folk and older folk with money to spend on them.

The newly-elected Bridgend MP has distanced himself from Sugar-Daddy.net. A Labour MP has said this was "clearly" contradicted by company records. James Cleverly told Sky News' Sophy Ridge On Sunday it was not his job as the chairman of the Conservative Party to investigate any claims linked to "business arrangements". One ex-staffer said he "was aware" the site was being run from the office, while another said his denial "totally lacks credibility".

Buzzfeed news is less equivocal than the BBC, putting Wallis plainly at the heart of matters.

Sugar-Daddy.net, which is now defunct, asked potential clients: “Are you a student, a single parent or just short of money? 1000s of wealthy executives, international businessmen and diplomats are eager to sponsor you through these difficult times. Typical sponsorship can be £2,000 - £25,000 per year.”

Remember, there is no bottom. "Conservative pimps in parliament" is another rotten false floor on the way down.