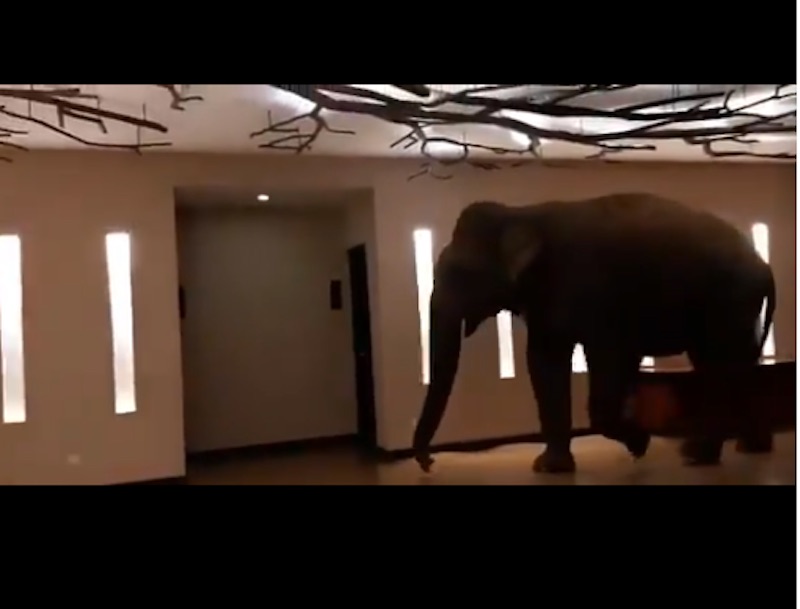 Bull in a China shop? How about an elephant in a South Asian hotel?

woke up to a text from my mom about how a wild elephant went into a Sri Lankan hotel and gently wandered around while poking stuff with his trunk pic.twitter.com/C2biQT8C30