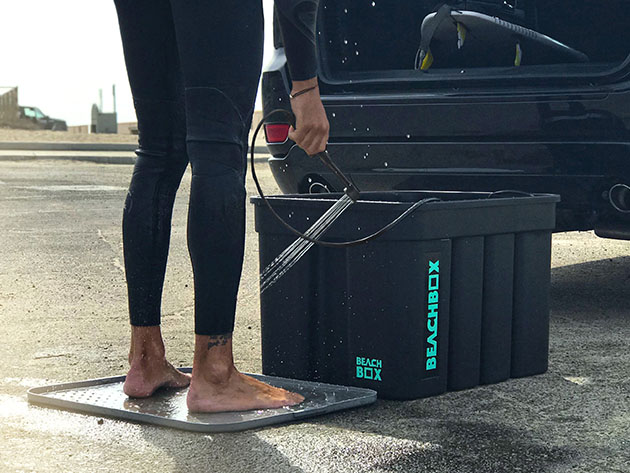 Going to the beach is almost always an enjoyable experience, but trekking back through your house on the way to the shower can leave a trail of sand the quickly saps the day of its sunny fun. Thankfully this BeachBox: Portable Shower & Storage unit has you covered the next time you hit the beach.

As the world’s first portable shower that doubles as a storage box, this intrepid cleaning combo is packed with features like an insulated shower tank, a non-slip changing lid, and a modular storage design that’s easy to take with you on the go.

You’ll be able to keep your gear dry thanks to separated storage compartments and divider slides, and the tank can hold up to 1.5 gallons of insulated hot water at once.

It’s also easy to refill the BeachBox in seconds, and you’ll be able to use the shower wand in order to douse  your body with fresh water before you hit the road.

Wash the beach off before you get to your car or house with this BeachBox: Portable Shower & Storage unit for just $169.99—10% off retail.