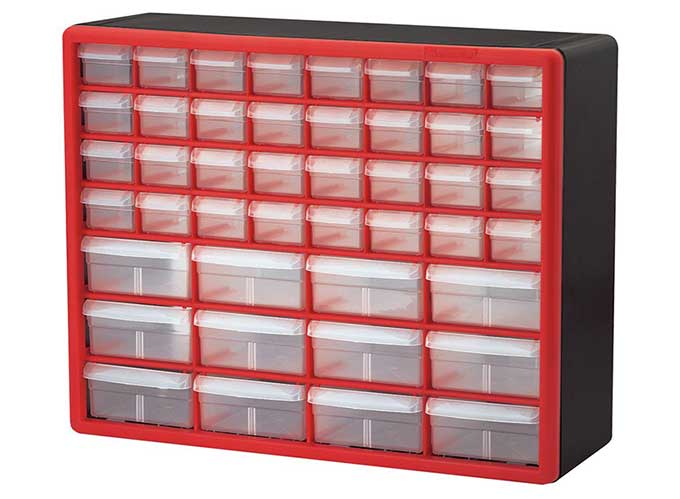 My daughter and I have a nice little home makerspace going, but we have been storing all of our components (resistors, capacitors, solder, arduinos, raspberry pis, etc) in plastic boxes stacked into a larger box, which makes it hard to find what we need. It was time to get a cabinet, and this one is perfect, with 44 clear sliding drawers. It's only about 6-inches deep, which is a good thing because it doesn't take up a lot of room on our worktable. It's