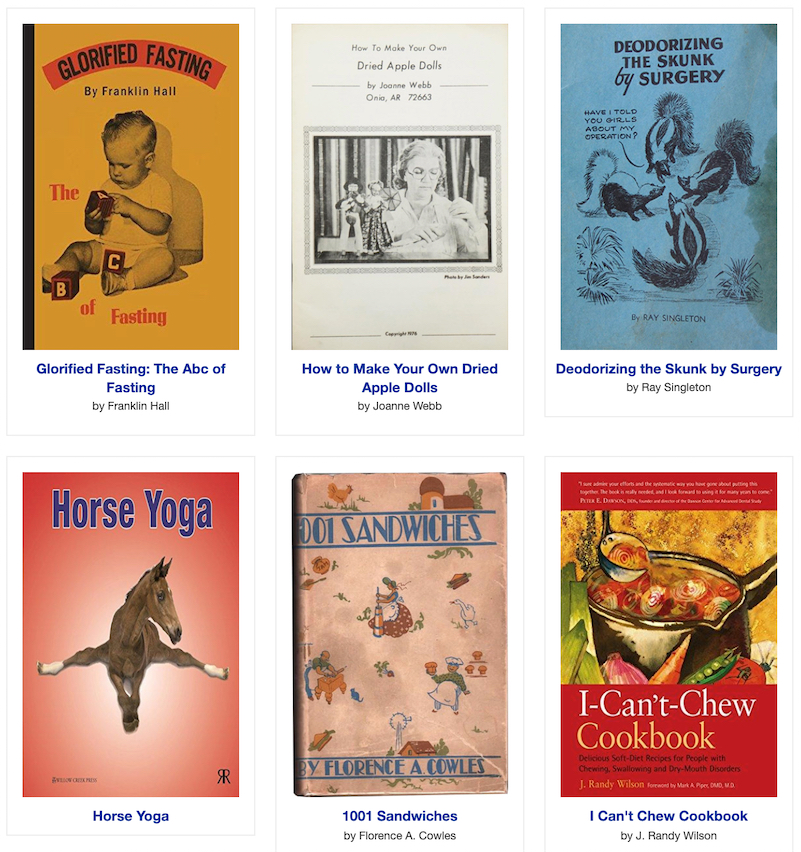 It's been some time since I visited AbeBooks.com's wonderful "Weird Book Room," a special curated section within the glorious online marketplace for used books. Sure, some of the books may not be so odd on their own but all together they make for quite a bizarre bibliography. Seen here are just a small sampling of the confounding covers and strange juxtapositions.