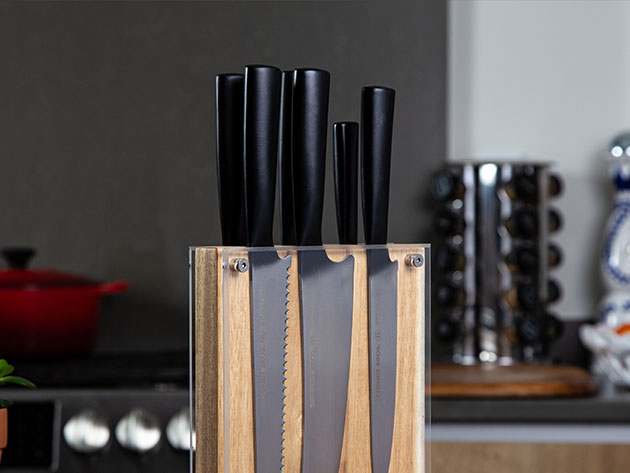 You don’t need to be a professional chef in order to enjoy a great set of knives in your kitchen, yet far too many would-be culinary pros settle for subpar blades that lose their edge after a few months.

This Schmidt Brothers® Cutlery Carbon 6 7-Pc Knife Block Set will bring a new level of quality and style to your kitchen, and they’re available for just $181.99.

Crafted with the home chef in mind, these knives are made from 100% German stainless steel that offers incredible strength and durability, and you’ll never have to worry about the edges going dull even after repeated uses.

They feature an ergonomic Schmidt Brothers Curve for a comfortable grip, and the included magnetic knife block makes it easy to stylishly store the knives when you’re not using them.

Embrace your inner chef by ditching the underwhelming knives and landing a Schmidt Brothers® Cutlery Carbon 6 7-Pc Knife Block Set while it’s available for $181.99—30% off its usual price.