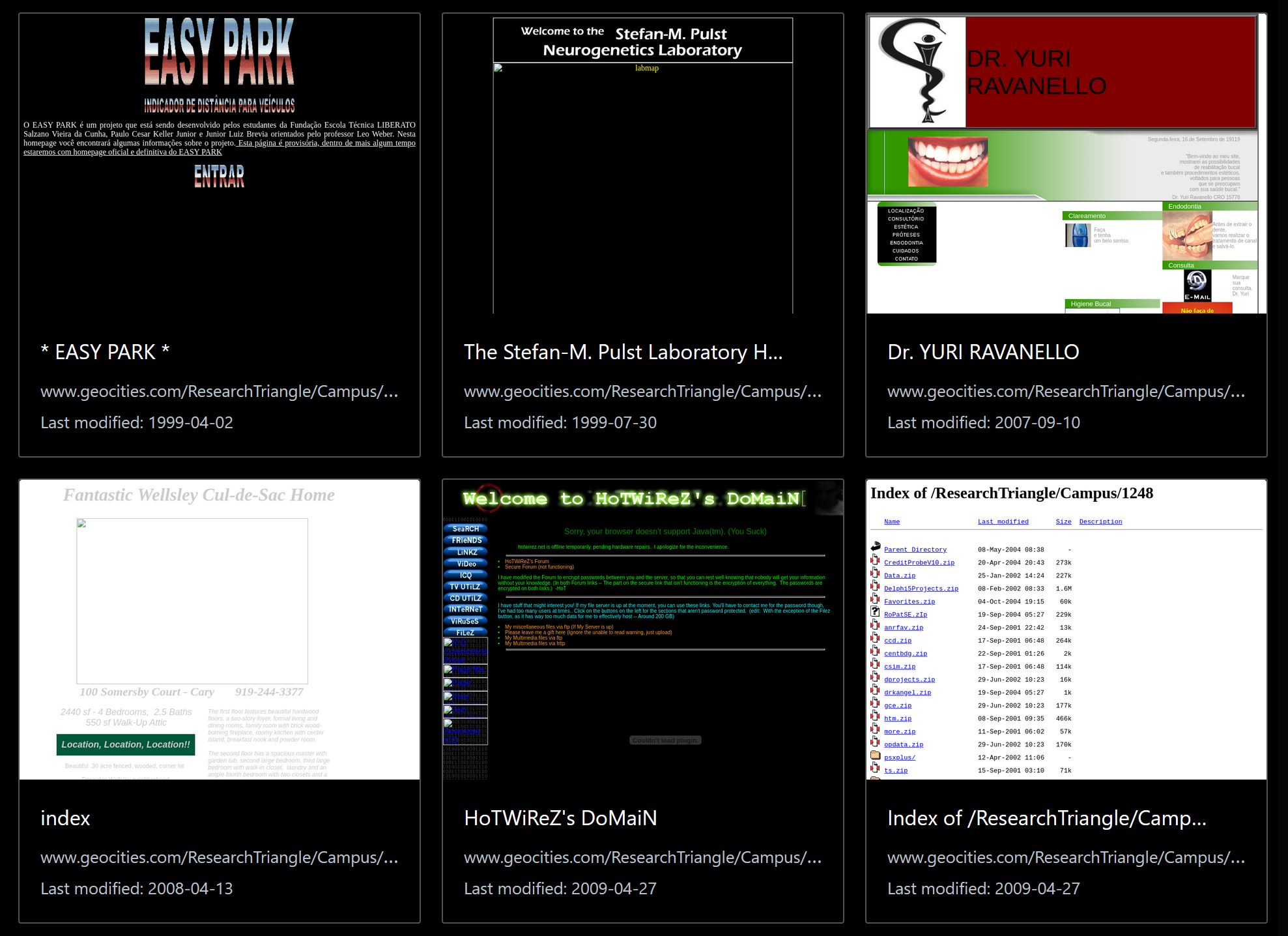 Restorativland is "A restored visual gallery of the archived Geocities sites, sorted by neighborhood". NOTE: some sites may have embedded MIDI files!