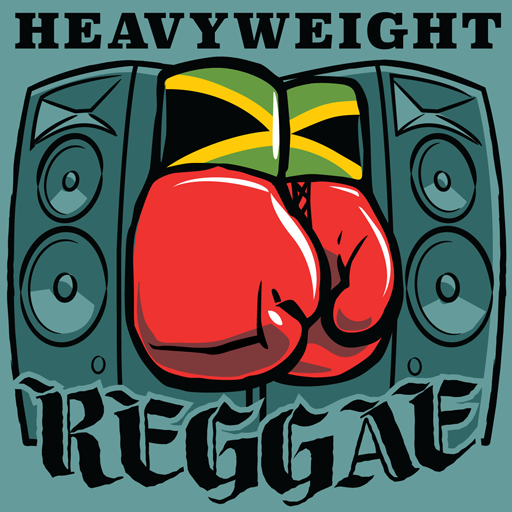 LISTEN: 'Heavyweight Reggae.' Yep, the name is right, and the channel delivers.

Heavyweight Reggae.
It is SO GREAT.

I'm a GenXer, and when I was first getting turned on to reggae in the mid-1980s, this is what it sounded like. I am so grateful this channel exists.

Here's the blurb Rusty sent around when they turned it on.

I'm going to keep this radio channel locked all weekend.

I'm really excited to announce our first new channel of a new decade:

Your music director and host is DJ Dion "The Watts" Garcia, the genius behind 7" Soul.

When Dion and I first discussed a reggae channel over a year ago, he suggested a format that "would cover Jamaican music of the 60s, 70s and early 80s, specifically, what I like to call Heavy Reggae."

As for the name and logo, Dion says "Jamaicans have lots of songs about boxers and boxing matches. Prince Buster was a boxer before his musical career took off." And Heavyweight Reggae was born.

Our first task was getting together the base music library. "So much music was created in Jamaica during this time, that the music potential is seemingly limitless. Like Soul, there is much out there that you cannot find on CD or digital formats," says Dion. SomaFM loves deep tracks and hard-to-find gems. Heavyweight Reggae pulls from the station's and his personal collection of CDs, digital and vinyl sources.

We hope you will enjoy this. We've been planning and working on this for the last year and am excited to launch it officially today.

And a special thanks to Joshua Ellingson who did the amazing artwork for it. Josh also did the illustrations for cliqhop, Illinois Street Lounge, Christmas Rocks, Christmas Lounge, Suburbs of Goa and Boot Liquor. You can see more of his art here: https://ellingson.cc

Cheers and thanks for your support,

PS- in addition to our web player, we have apps on Android, iOS, AppleTV, Fire TV, Roku, Xbox, MacOS, and Windows 10.