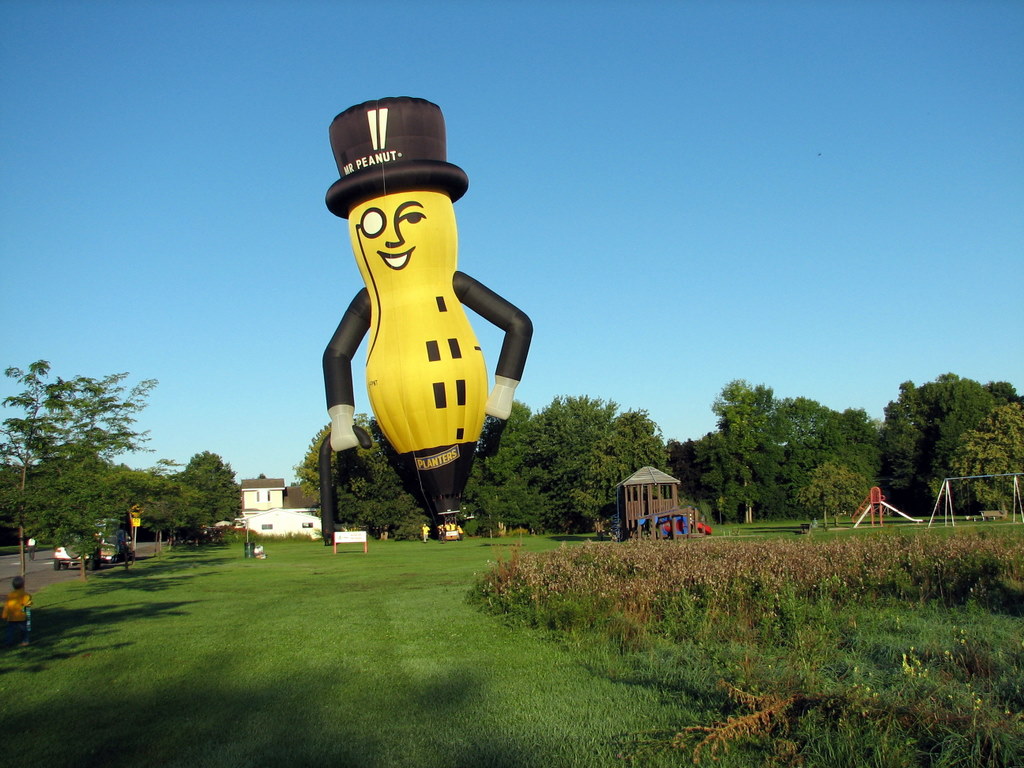 Image via InOttawa/Flickr (CC BY 2.0)

Today, the Planters' Peanut brand announced the "death" of Mr. Peanut, the jingoistic mascot-in-a-monocle who sold his own people down the gullets of Americans for more than a century.

It is with heavy hearts that we confirm that Mr. Peanut has died at 104. In the ultimate selfless act, he sacrificed himself to save his friends when they needed him most. Please pay your respects with #RIPeanut pic.twitter.com/VFnEFod4Zp

Lest you thought this was supposed to be an indictment of cannibalistic capitalism, it's actually just a PR scheme to tie in with a Super Bowl commercial. Like a true race traitor, the anthropomorphic man died while saving the life of his human friends, Wesley Snipes and Matt Walsh (the actor, not the idiot blogger).

His peanut friends, meanwhile, continue to die en masse to satisfy our (read: my) taste buds.

There will surely be another Mr. Peanut announced in the coming days to shamble forth like the zombie of corporate exploitation. In the meantime, at least we have this little gem from the delightfully under-rated Clone High USA, which I spend way too much time thinking about on a daily basis.

Planters really has killed off Mr. Peanut, with a funeral planned for the Super Bowl. [Jessica Wohl / Ad Age]

Snoopy has been a NASA mascot for more than 50 years going back to the Apollo missions. Now, Snoopy is headed to the International Space Station for a new cartoon series, Snoopy In Space, launching November 1 on Apple TV+. NASA image below: "Headed for the launch pad, Apollo 10 Commander Tom Stafford pats the […]

This is a photo of the voice actors behind some of the animated characters in the Peanuts gang. Notice that all the kid roles are actually voiced by children. Kristy Sproul of Voice Chasers, a voice-acting forum, writes: The original image had appeared in the February 10-16, 1968 issue of TV Guide to promote the […]