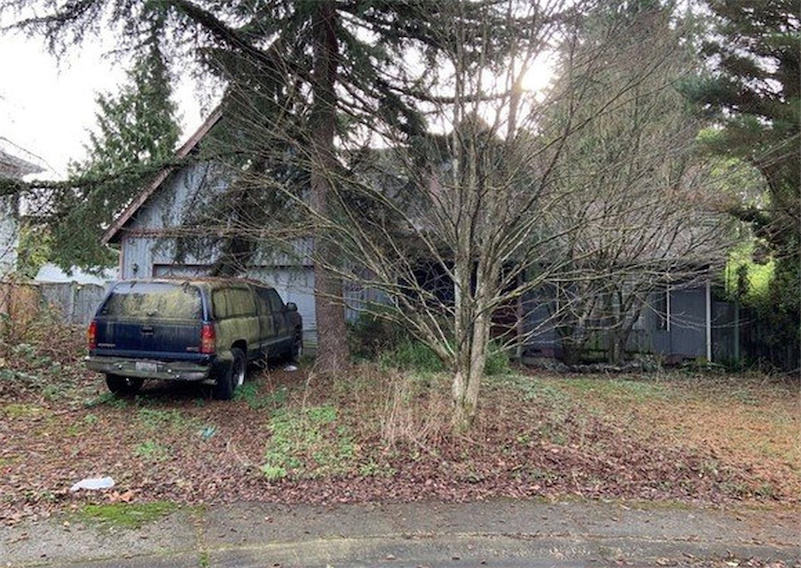 A Bothell, Seattle house -- so filled with garbage, water damaged, and hazardous that the real estate agent didn't allow anyone inside -- just sold in a bidding war for more than its $330,000 list price. Only one photo, of the exterior, was provided in the listing. There were 17 offers; the buyer and final price haven't yet been revealed. From the Seattle Times:

Despite the fierce pace of offers on the Bothell home, the sale pales in comparison to the all-out bidding war that ensued in 2016 after a derelict West Seattle home was listed for $200,000.

That home, with five feet of standing water and toxic air not safe to breathe, ultimately sold in 10 days for $427,000, more than double the asking price, after receiving a jaw-dropping 41 offers. It was razed and redeveloped, then sold for $1.19 million in 2017...

The offers (on the newly-sold Bothel property) were almost entirely from investors and home flippers, according to agents familiar with the sale.

“A whole lot of potential awaits,” the listing promised.