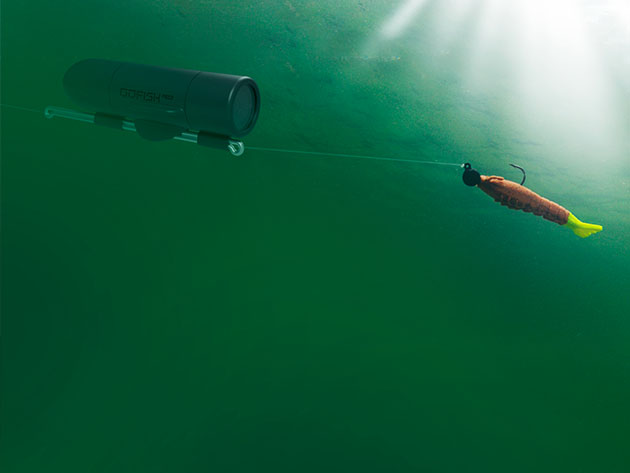 Anyone who’s ever been fishing can attest to the fact that it can be mind-numbingly boring at times, which is where the intrepid GoFish Cam Wireless Underwater Fishing Camera comes into play.

This WiFi-enabled camera will help you catch more fish and have more fun while you’re doing it, thanks to a 1080p lens that delivers HD footage from underwater directly to your smartphone.

Compatible with both Apple and Android systems, the GoFish Cam sits on your fishing line and captures all of the underwater action while you wait for a bite.

It attaches between your mainline and the leader line so you’ll be able to easily retrieve it without having to worry about it being gobbled up by a fish, and a special night vision feature allows you to keep an eye on the comings and goings of your potential catches even at night.