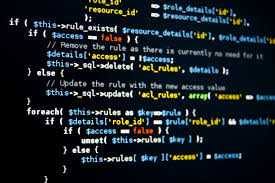 There’s never been a better time to work as a web developer—regardless of whether you’re looking to work with a big company or as a solo freelancer. The Essential PHP Coding Bundle will get you up to speed with one of the world’s most popular and powerful web development scripting languages, and it’s currently available for over 90% off its retail price.

Through four courses and over 150 lessons, this bundle will introduce you to both the fundamentals and more advanced elements of PHP—an open-source scripting tool that’s widely used in HTML and a variety of go-to web development platforms.

After an introduction to the basic terminology of the language, you’ll learn how to create dynamic web pages from scratch, find and fix common scripting errors, incorporate third-party platforms into your builds, and more.

There’s also a course that teaches you how to create advanced and easily-maintainable Python applications that can be used on your sites.

Add PHP to your web-building toolkit with the Essential PHP Coding Bundle—available for over 90% off MSRP at just $29.99.