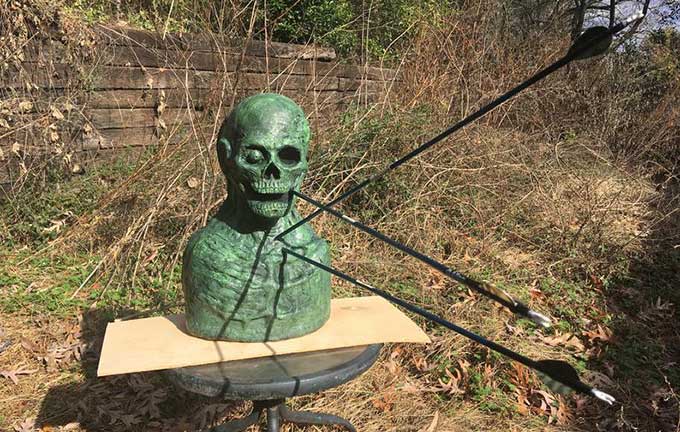 Etsy seller Prochopshop makes foam zombie heads for archery practice. They are only $20! I think I'll get one for crossbow pistol practice.

I spend more time than I probably should wondering when the luxury condo trend will finally come for the dead. Real estate is expensive, and there’s lots of valuable land in urban areas that could be used for yet-another fancy steel-and-glass skyscraper used to hide foreign money—if it wasn’t for the cemeteries that currently take […]