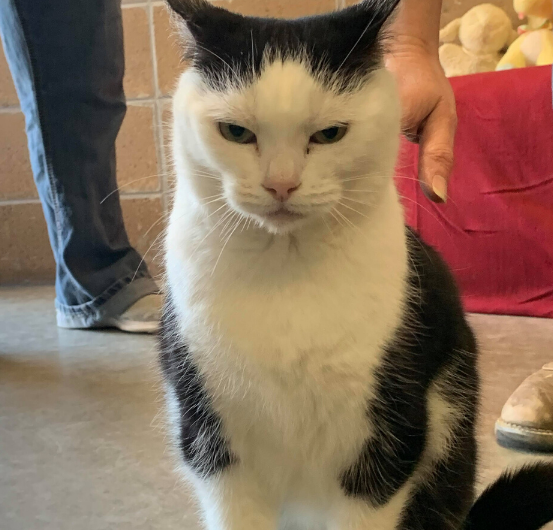 Meet Perdita, not for the faint of heart. LIKES: staring into your soul until you feel as if you may never be cheerful again; the song Cat Scratch Fever, the movie Pet Cemetery (Church is her hero), jump scares (her specialty), lurking in dark corners, being queen of her domicile, fooling shelter staff into thinking she's sick (vet agrees...she's just a jerk) DISLIKES: the color pink, kittens (yuk they are so chipper), dogs, children, the Dixie Chicks, Disney movies, Christmas and last but NOT least...HUGS. She's single and ready to be socially awkward with a socially awkward human who understands personal space. FREE ADOPTION ;)
If interested please go to www.mitchellcountyanimalrescue.org to fill out an application

Lowery is the one who crafted the brutally honest adoption post and it quickly became a hit with commenters on social media.

If you can't give this jerk cat a home, at the very least throw down a few bucks to support the rescue who has to house her until she is adopted.