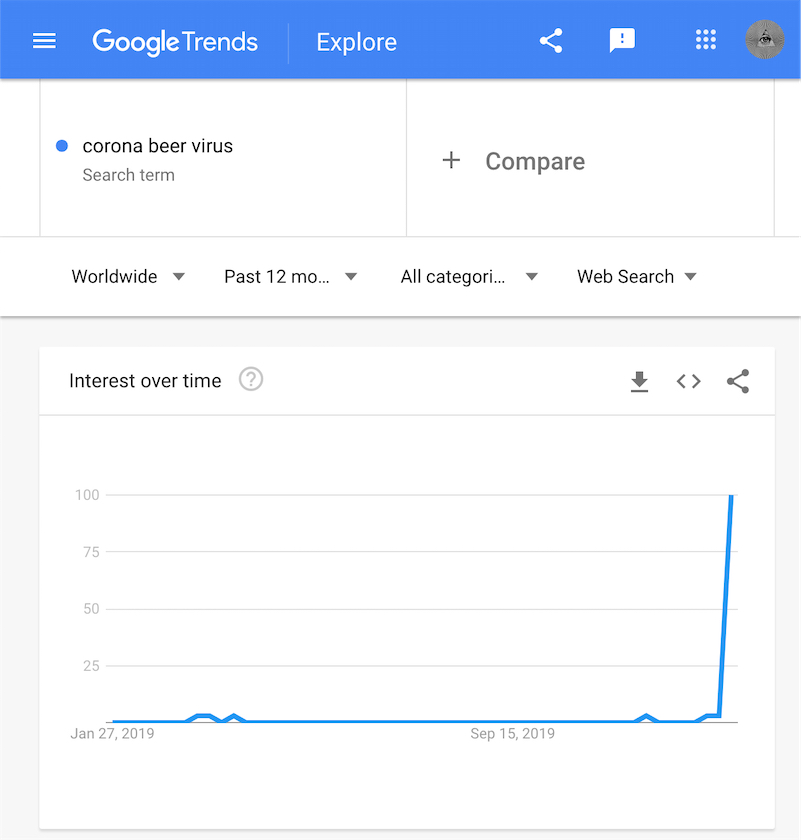 As seen in the above Google Trends graph the last few days, there has been a spike in people searching Google for the words corona, beer, and virus. Don't worry, drinking Corona beer does not cause 2019-nCoV. Below are the results mapped onto regions of the world.