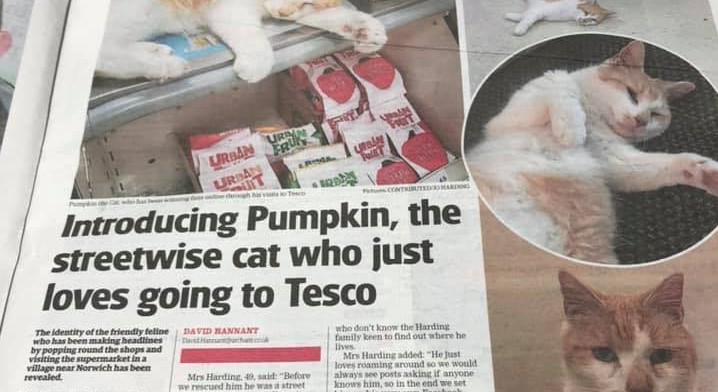 The photo above was posted to Facebook by one Annabel Fields. Pumpkin Harding now has his own Facebook group, should anyone wish to join the rebellion.