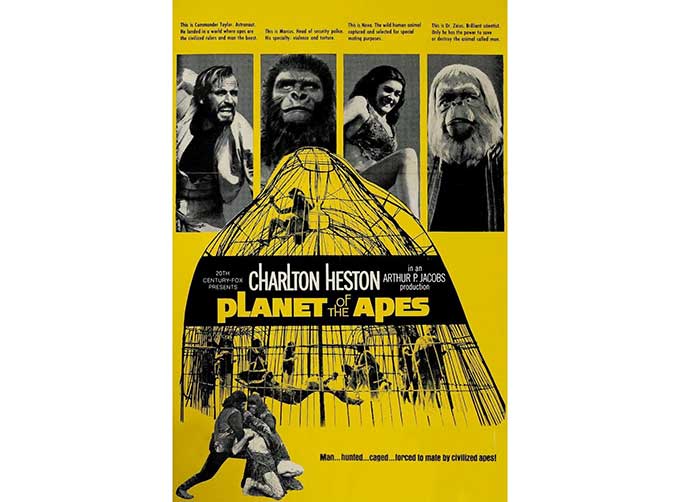 Makeup artist John Chambers' work on Planet of the Apes (1968) is a high point in Hollywood prosthetics. The characters don't look like real apes, but they have an interesting mix of ape and human. Combined with costume designer Morton Haack's outfits, the overall effect is spectacular and unforgettable. I learned that photographer Dennis Stock took a bunch of behind-the-scenes photos during the shooting of the movie, and you can browse them at Magnum Photos.

photography / planet of the apes