Someone paid US$100,000 for the safety and arming plugs from the atomic bomb dropped on Hiroshima 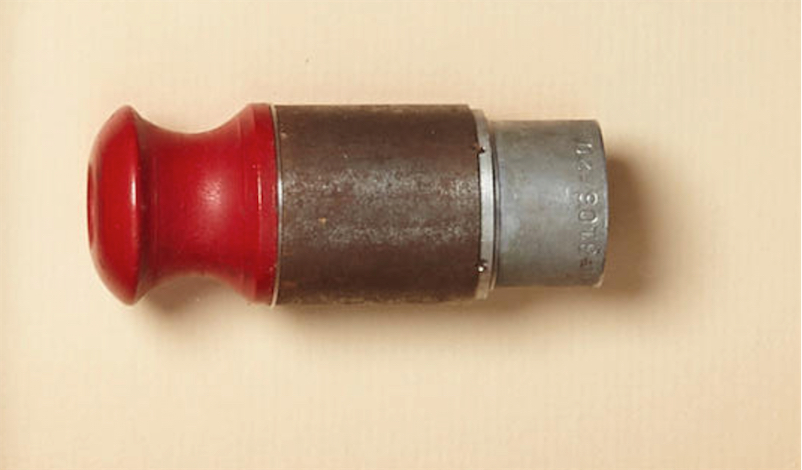 Last month, Bonhams auctioned off these two parts from "Little Boy," the first atomic bomb that the US dropped on Japan on August 6, 1945. An unidentified buyer paid $100,000 for the red arming and green safety plugs from the bomb. From Bonhams:

ONE OF ONLY THREE SURVIVING SETS OF BOMB PLUGS, THE ONLY SURVIVING RELICS OF "LITTLE BOY," THE FIRST ATOMIC BOMB DETONATED OVER HIROSHIMA..

This set was given by Weapons Test Officer Jeppson to his superior Edward Doll, the day after the flight. Jeppson's own set was sold in Butterfields Auctions in 2002, now privately owned, and there is a further set in the Naval Museum Washington D.C., a set that belonged to Deak Parsons, who also flew on the Enola Gay as Senior Military Technical Observer. This last set is presumed to have been given to Parsons by Jeppson.