An Earthship meets a tiny house 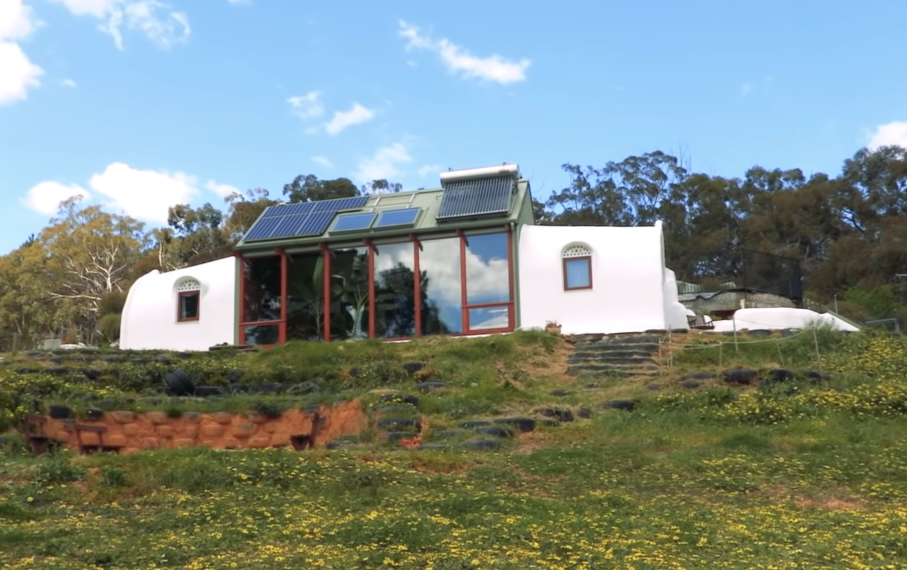 When I was a teen, I lived for the Whole Earth Catalog, homesteading, building geodesic domes, solar power, communes, and other hippie fever dreams. But even back then, when I was literally making my own granola, Michael Reynolds' concept of the "Earthship" seemed too crunchy granola. I suspected that building a house out of garbage -- tires, cans, bottles, hay bales, rammed earth, etc. -- seemed a bit much; likely fraught with issues.

But there were parts of the Earthship concept that I thought were smart then and still think so today -- things like passive solar heating, ground convection cooling, berming, rainwater collection, greywater reclamation and re-use.

In this video on the excellent YouTube channel, Living Big in a Tiny House, host Bryce Langston visits an off-the-grid Earthship in Adelaide, Australia. This Earthship, while utilizing all of the Reynold's concepts, also touches on another niche building idea that is currently all the rage: The tiny house. This Earthship is a tiny(ish) 750 sq. ft.

And you have to admit, those bottle wall mosaics look pretty cool.

As part of their ongoing YouTube series Homebuddies, in which they try out different forms of living (and attempt to become better friends in the process), Buzzfeed’s Niki Ang and Garrett Werner spent a few days in an “Earthship” in Taos, New Mexico. Pioneered by architect Michael Reynolds, Earthships are “sustainable, off-grid, independent, autonomous buildings” […]