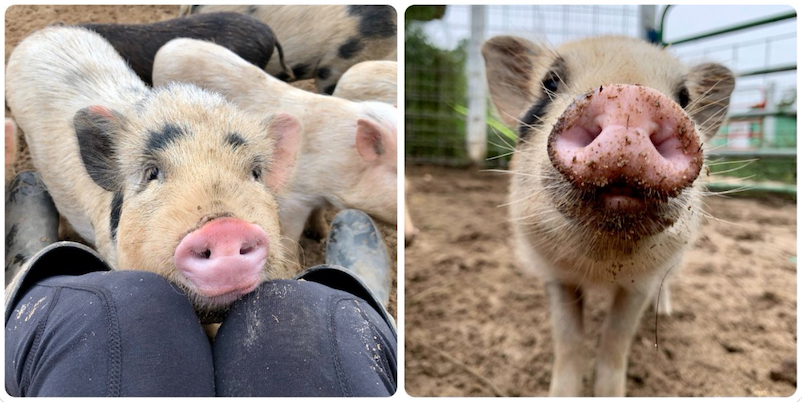 Does loving-on sweet little faces like these seem like a good time? Then we have some GREAT news for you! We need piggy cuddlers!