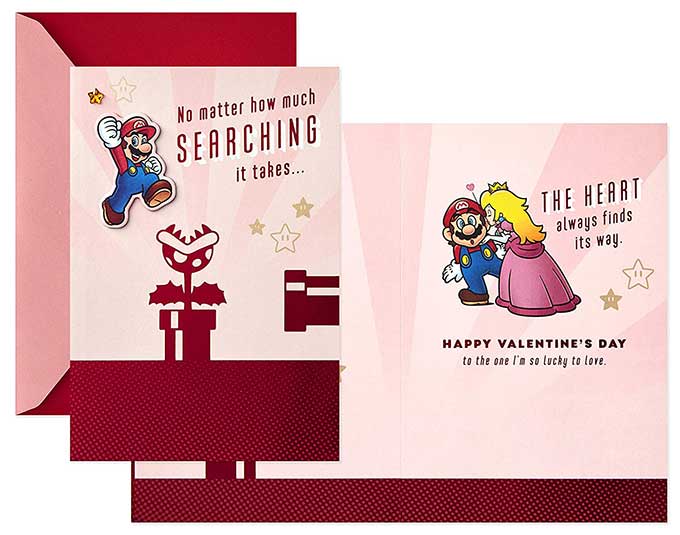 Nothing says "I love you" more than a greeting card featuring a indefatigable, tube-crawling plumber with a shroom-habit. Get this Hallmark Nintendo Super Mario Valentine's Day Card for Significant Other on Amazon for just [amazon_link asins='B07HSKCLNM' template='PriceLink' store='boingboing' marketplace='US' link_id='6f1885d0-c9ba-45f0-9757-aa245df73f0f'].

We received the Charmin Forever Roll with Stand [Amazon] as a joke gift but it has improved the quality of our lives immeasurably due to the sheer enormity of the roll, its portability, and the general improvement in bathroom logistics thereby facilitated. It is the best toilet roll holder. Essentially, it’s a nice metal stand […]