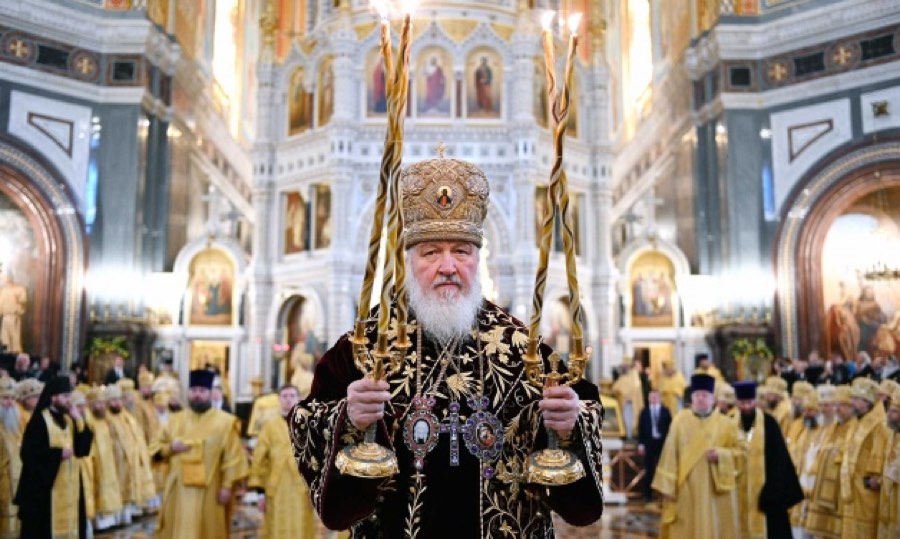 It's an unusual display of independence by the church.

During two decades in power, President Vladimir Putin has aligned himself with the Orthodox Church, which has also developed closer ties with the ministry of defense. Russian priests have long appeared in images sprinkling holy water on submarines, ballistic missiles, Soyuz space rockets and other pieces of hardware as part of rituals to bless them. But some of that is set to stop if the church approves a document drawn up by an Orthodox Church commission.

“The blessing of military weapons is not reflected in the tradition of the Orthodox Church and does not correspond to the content of the Rite,” the document, on the Moscow patriarchate’s website, says.

Blessing or sanctifying weapons that can kill an “indefinite number of people” must be excluded from pastoral practice, it says. The proposals will be discussed until June 1 and the public should also take part in the debate, the church’s Moscow branch said.

IMAGE: mospat.ru. “On 1st February 2020, the 11th anniversary of his enthronement, His Holiness Patriarch Kirill of Moscow and All Russia officiated at the Divine Liturgy in the Cathedral of Christ the Saviour in Moscow. The Primate of the Russian Orthodox Church was vested in his enthronement robes.”