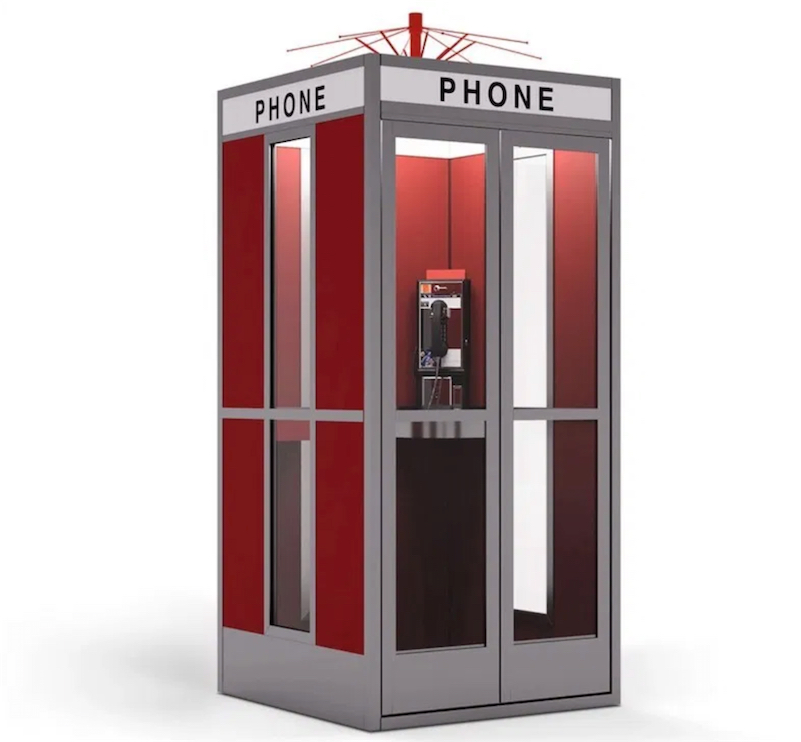 Cubicall, makers of contemporary telephone booths like those you might see in the offices of momentarily flush startups, have created an official replica of the time machine phone booth from Bill & Ted's Excellent Adventure (1989). It is $8,495. For that price, perhaps it provides the same functionality as the one in the film. From Cubicall:

The limited-run phone booth features a design inspired by the original film, including an authentic payphone retrofitted for VOIP/landline service, an umbrella antenna, and all of the same stellar features of Cubicall phone booths. Made in USA. Excellent!