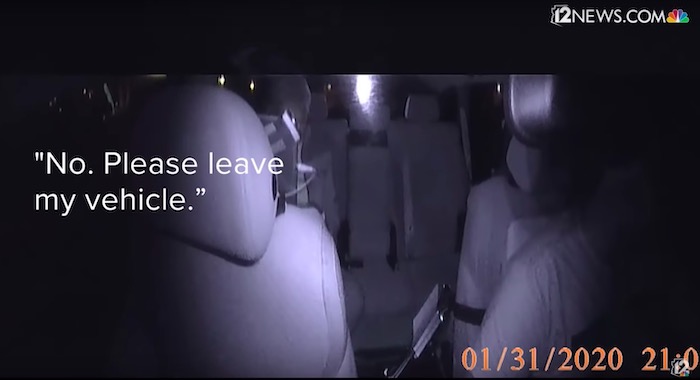 After the CEO of Agroplasma, an Arizona fertilizer company, is told to sit in the back seat by a black driver, the CEO is greatly offended and argues relentlessly. The driver, an Arizona State University student, remains calm and polite and also firm about his no-front-seat-passengers policy. The CEO, Hans Berglund, 72, asks, "Is that because I'm white?" And then, finally calls him the N– word. (Watch the exchange below.)

"In light of the events of this past Friday, Agroplasma CEO Hans Berglund has been relieved of his duties while the company performs a full internal investigation," the firm said, adding, "The incident is not at all reflective of Agroplasma's values and ethics."

Uber told KPNX that it would ban Berglund from using its app, saying, "Discrimination has no place on the Uber app or anywhere."

Berglund in a telephone interview with KPNX said he had been drinking and regrets his comments. "I apologize to the guy. I shouldn't have said what I said."