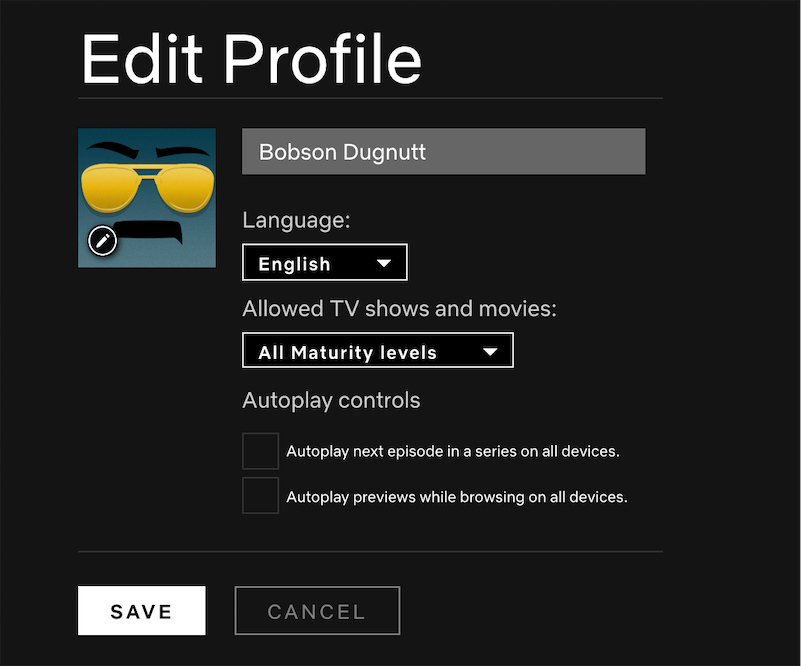 I get overly frustrated when I'm browsing Netflix and it autoplays previews. Finally, they've enabled a way to turn that off (and also the autoplay of the next episode of a series). You can only flip the switch by logging into your account on a Web browser though. Here's how:

To turn autoplay on or off:
1. Sign In to Netflix from a web browser.
2. Select Manage Profiles from the menu.
3. Select the profile you’d like to update.

Check or uncheck the option to Autoplay previews while browsing on all devices.