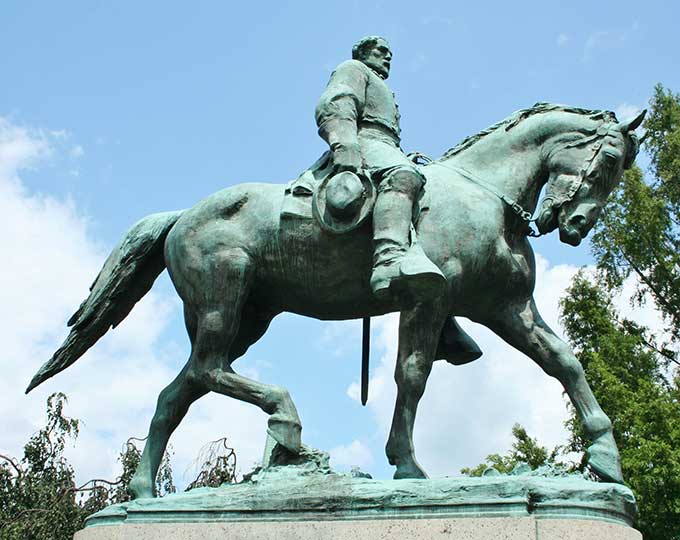 Lee-Jackson Day is a state holiday in Virginia, meant to honor Robert E. Lee and Thomas "Stonewall" Jackson as "defenders of causes." But the Virginia House voted to stop lionizing the slave-owning generals and instead establish an "Election Day" on the first Tuesday after the First Monday in November.

Not everyone is happy with the change, reports CNN:

Lee-Jackson Day, founded more than 100 years ago, is observed with Civil War-themed parades, wreath layings and reenactments hosted by Confederate memorial groups, though these celebrations are increasingly unpopular. Defenders of the holiday say it honors Virginia history.

"I think Stonewall Jackson and Robert E. Lee are some of the greatest men to have ever lived," a supporter named Carson Via told the Roanoke Times at last month's Lee-Jackson Day celebration in Lexington while dressed in a Civil War uniform. "Great men, and we're all getting washed away."

Virginia has struggled to confront its Confederate legacy in recent years. In April, a Virginia judge ruled that statues of Lee and Jackson in Charlottesville were "war monuments" that the city couldn't remove without permission from the state.

In June 1863, a Union shipment of 52 bars of gold now worth $54 million was said to be lost near Dents Run, Pennsylvania. Over the years, many treasure hunters have tried to locate the cache but the area is state land and it’s illegal to dig without permission. Apparently though, FBI agents and state […]

Huckabee-Sanders smirks and walks off after being repeatedly asked if “this administration thinks slavery is wrong?” by journalist April Ryan. In support of White House Chief of Staff Kelly’s repetition of erroneous racist talking points about the American Civil War, the White House has said it is “disgraceful” to question Kelly’s comments. I hope April […]