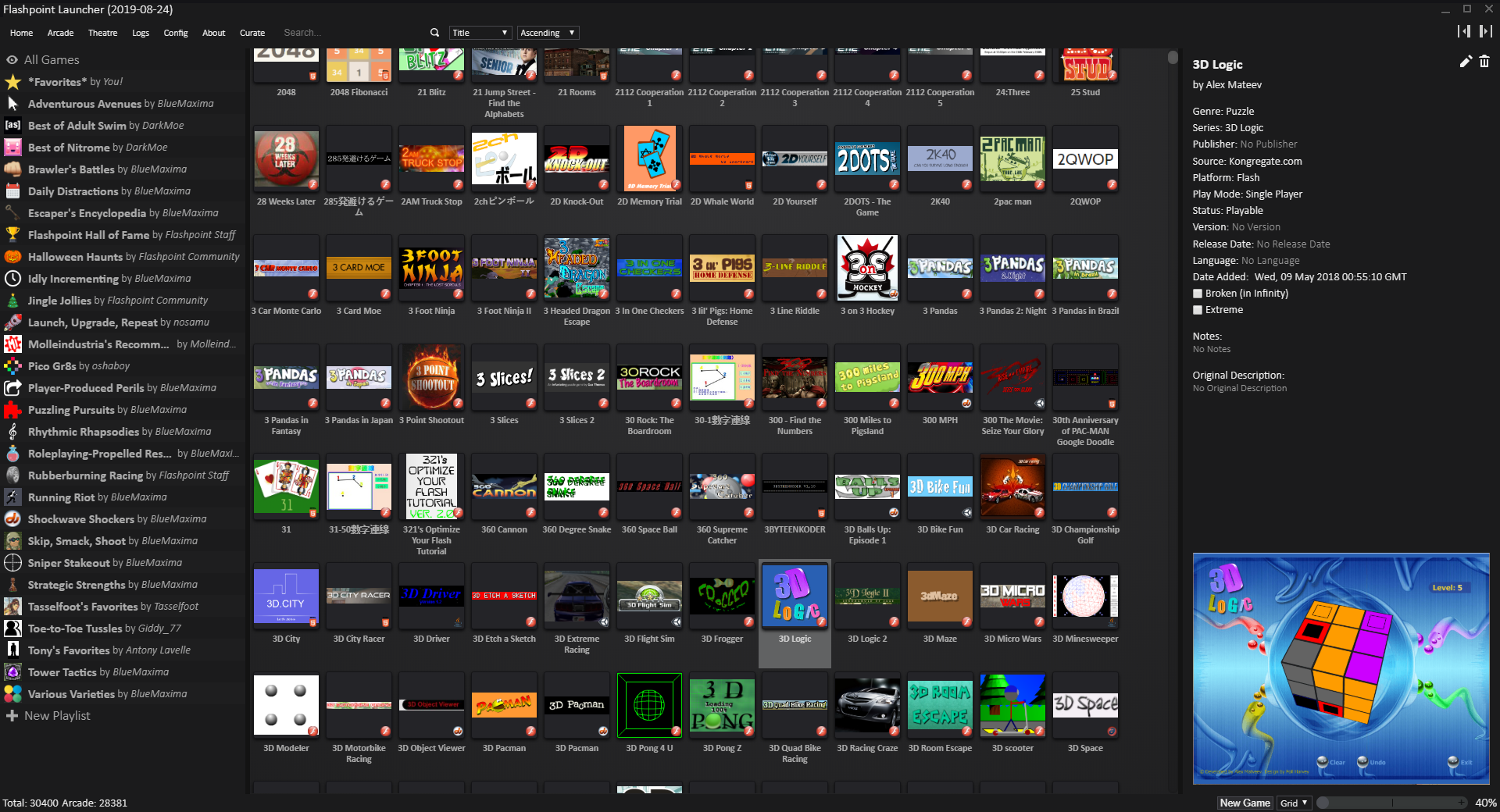 Flashpoint, by BlueMaxima, is a game launcher that comes with more than 30,000 flash games built-in to a single download. As getting Adobe Flash working moves from "troublesome" to "virtually impossible", it's a timely feat of internet preservation.

Internet history is important, and content made on platforms such as Adobe Flash make up a significant portion of that culture doomed to obscurity. This project is dedicated to preserving as many games and animations from these platforms as possible, so that they aren't lost to time. Since early 2018, over a hundred contributors have helped Flashpoint save more than 38,000 games and 2,400 animations running on 13 different platforms.

"So much culture saved from the jaws of death," writes Bennett Foddy.